Showing posts from April, 2022
Show all

Klang residents: We want to take govt to court 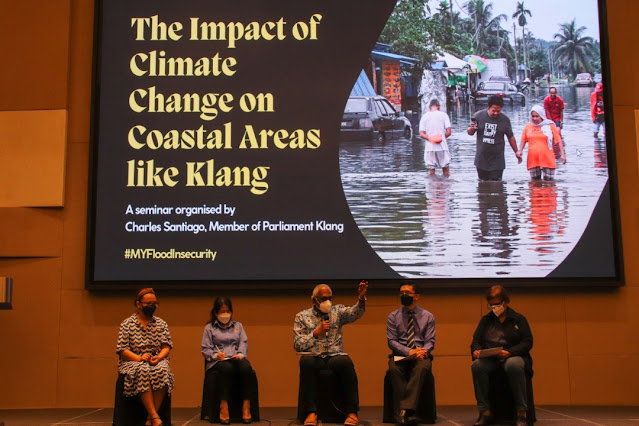 Klang residents want to explore the possibility of a law suit against the Malaysian government for dereliction of duty during the December floods.  This is one of the calls at the seminar 'The Impact of Climate Change on Coastal Areas Like Klang' held at Wyndham Acmar Klang hotel yesterday. Klang MP Charles Santiago said Selangor has a responsibility to protect and promote the rights and interests of its citizens.  "However, during the floods, there was hardly an early warning system or efficient flood relief efforts to help vulnerable individuals and communities," said Santiago. "In fact, government officials were missing in the first three to four days, and people took it upon themselves to organise food distributions and rescue missions." The participants, during floor discussions, also raised the possibility of the formulation of a new drainage and irrigation system for Klang.  This would involve interphasing the movement of water through rivers.  "
Post a Comment
Read more
More posts