Showing posts from January, 2019
Show all

Elite athlete takes Sports Minister to task; asks what are his vision and mission for sports?

UPDATE (11.13am):  The National Sports Council director general Datuk Ahmad Shapawi Ismail issued a statement regarding Irfan's outburst. Full statement below: ORIGINAL POST He has broken the national record 13 times and brought honour to Malaysia at the SEA Games and Asian Championships. Yet, discuss thrower Irfan Shamsuddin has been left heart broken as he resorted to venting his frustration on Instagram, demanding to know why his coach's contract has not been renewed and his plans to train abroad shelved.  And the national athlete has placed Youth and Sports Minister Syed Saddiq Syed Abdul Rahman in the spot - a move that is rarely seen prior the May 9 General Election. In the emotional posting, Irfan wrote: "Just want to ask you Syed Saddiq, first you dissolved the Podium Programme. Then my coach's contract has been terminated with immediate effect after I broke the national record 13 times, won three SEA Games gol
1 comment
Read more 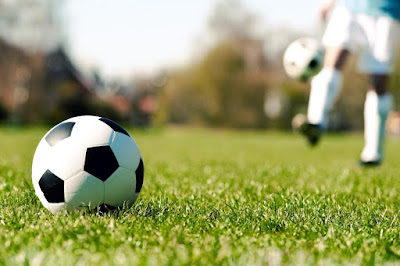 PRESS RELEASE   Ahead of the Supercoppa Italiana (Italian Super Cup) match between Juventus and AC Milan scheduled to be held in Jeddah, Saudi Arabia on 16 January, beIN Media Group has written to Luigi de Siervo, CEO of Serie A, to express its disappointment at the latter’s decision to hold the match in Saudi Arabia. Additionally, beIN Media Group calls for de Siervo to join the international sporting community’s fight against the piracy carried out   by   Saudi Arabian backed   “ beoutQ. ”     In the letter, beIN Media Group CEO Yousef Al-Obaidly iterates the company’s stance – that, by proceeding with the game in Jeddah, Serie A is not only endorsing the flagrant daily breach of international norms and rule of law, but would also have failed to uphold its duty to its member clubs and the wider sporting community, including other major international leagues whose intellectual property rights and revenue streams are threatened by “ beoutQ ’s”   actions.   Since
Post a Comment
Read more
More posts