Showing posts from April, 2014
Show all

Is racism in sports 'a lost war'?

Haresh Says, as published in Mailsport today. HE  spoke about security in the region and strengthening bilateral ties between both nations. Barack Obama was even asked about the Trans-Pacific Partnership Agreement, insisting US was not bullying Malaysia. And during the press conference at Seri Perdana in Putrajaya on Sunday, Obama joined a string of politicians and athletes as he condemned the racist remarks which were apparently uttered by Los Angeles Clippers owner Donald Sterling. Obama called the remarks “incredibly offensive”. “When ignorant folks want to advertise their ignorance, you don’t really have to do anything, you just let them talk. That’s what happened here,” he said. The basketball tycoon hogged the limelight for the wrong reason over the weekend after news website TMZ posted a 10-minute recording of what is claimed to be a conversation between Sterling and his girlfriend Vanessa Stiviano, 38. Sterling had apparently said: “It bothers
1 comment
Read more

Former national coach K. Rajagobal could end up plotting the downfall of his former team in upcoming tournaments if he accepts Vietnam's offer to train their national senior and youth squads. Rajagobal and former World Cup winner Marcel Desailly are among the six shortlisted candidates for the Vietnam's national coaching job. And the Malaysian former international is said to be the favourite. After the bitter end to his coaching career in Malaysia last year, Rajagobal is now ready to take up a bigger challenge and is keen to help another nation with his coaching expertise. The 58-year-old has helped to revitalise Malaysian football by guiding the national team to the 2009 Sea Games gold and the 2010 AFF Cup title. Rajagobal was the longest serving national coach, having served FA of Malaysia (FAM) for four and a half years. Appointed as coach in Apr
1 comment
Read more

Obama in Malaysia: Pressing times for Asia in conflict 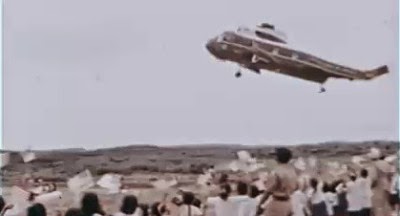 As published in The Malay Mail today. Being Frank   By Frankie D’Cruz TODAY, Barack Obama will become the first sitting US president to visit Malaysia in 47 years. He was five-years-old when Lyndon B. Johnson made the last presidential tour, a 21-hour stopover on Oct 30, 1966.  (Pic: The VH-3 "Army One" which carried Johnson flies over Sendayan while a crowd gathers - Picture courtesy of malaysiaflyingherald.wordpress.com) The visits of the two US leaders differ vastly: Obama’s four-nation Asia tour is calculated to demonstrate his undertaking to pivot US influence towards the Asia-Pacific region, an economic powerhouse. His trip comes as America’s Asia-Pacific allies are facing threats to stability and are shaken up by historical disputes. The allies are also guardedly watching the situation in Ukraine and wondering how Obama’s response to Russia’s occupation of the Crimean Peninsula might affect Beijing’s
1 comment
Read more
More posts