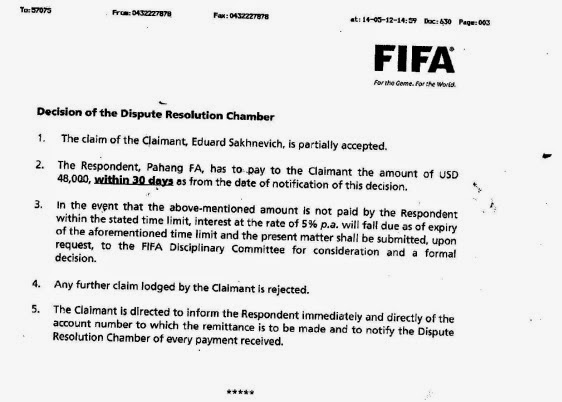 Pahang has been given 30 days to pay up the money owed, and that the final date is today.

The Elephants admitted they have not paid their former import and were still in discussions with his agent Ricky Swen Jr, as published in Mailsport today.

The Russian striker, had in 2012, visited me seeking for help after having lodged complaints to Fifa and FA of Malaysia, claiming his contract for terminated prematurely and that he and his family were forced out of their house in Kuantan. Read the full article here.