How much is Oltmans and Walsh costing Malaysia?

Here's a message I received today:

With Roelant Oltmans in and Terry Walsh still retained, how much is it costing us?

Oltmans, 64, signed a two-year contract with the Malaysian Hockey Confederation (MHC) recently. He replaced Stephen Van Huizen, who is now the national assistant coach. The other coaching line-ups have not changed, including technical director Terry Walsh.

The Malaysian government has, since May 9, repeatedly said it lacks funds.

With the recent (debatable and questionable) revealtion of Lim Teong Kim's RM175,000 per month salary and claims that sports associations have not received funding, it is only natural for certain quarters to question the financial impact of Oltmans and Walsh's positions.

Oltmans was Pakistan's head coach prior his Malaysian stint.


In a letter addressed to the Pakistan Hockey Federation (PHF) the Dutchman said:

“I’m responsible for the performance and the results of the team, but I feel that the circumstances at present don’t create an environment where we can get the best out of the team.”

He came underfire from former players after Pakistan finished with just a win over Olympic champions Argentina in the Champions Trophy but PHF lent its support to the Dutchman.

Veteran goalkeeper Imran Butt, however, was not too pleased with Oltman's departure. 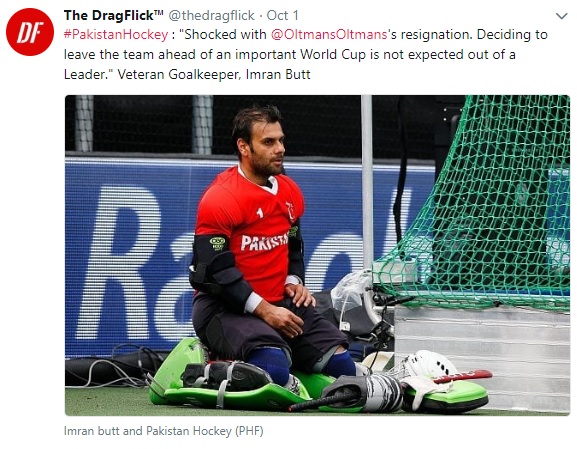 In 2017, the high profile coach was fired by Hockey India as head coach ‘for lack of results’.

In a video which was uploaded by MHC, Oltmans said "this is the right moment to come to Malaysia and try to improve hockey in the country."

This is what Oltmans said when he was revealed as Malaysia's new hockey coach: