Elite athlete takes Sports Minister to task; asks what are his vision and mission for sports? 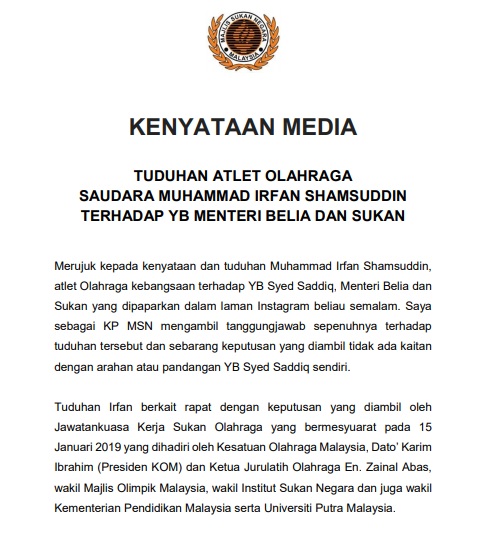 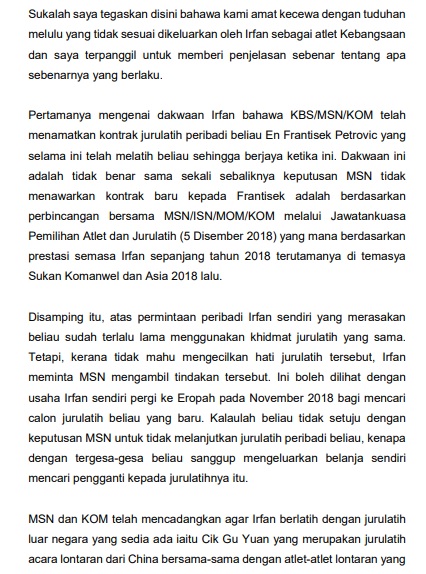 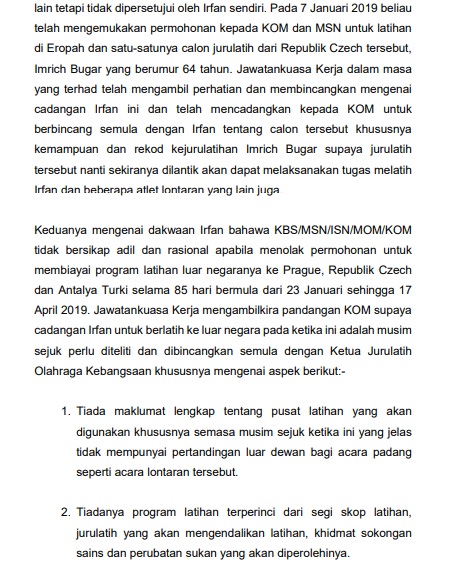 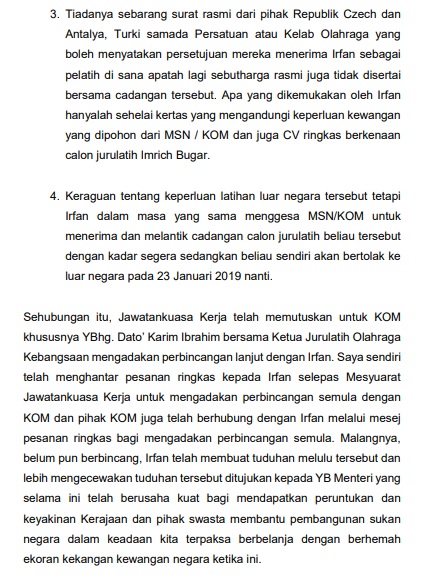 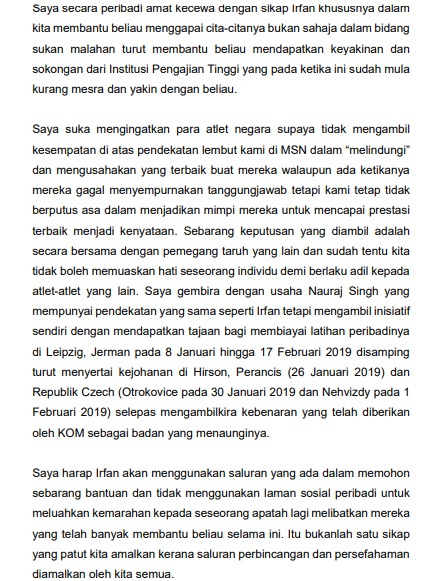 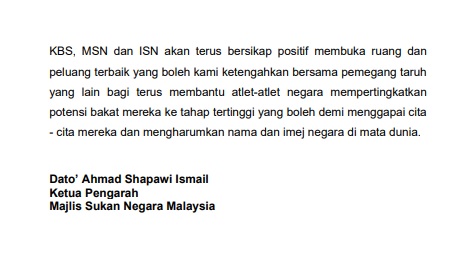 He has broken the national record 13 times and brought honour to Malaysia at the SEA Games and Asian Championships.

Yet, discuss thrower Irfan Shamsuddin has been left heart broken as he resorted to venting his frustration on Instagram, demanding to know why his coach's contract has not been renewed and his plans to train abroad shelved.

And the national athlete has placed Youth and Sports Minister Syed Saddiq Syed Abdul Rahman in the spot - a move that is rarely seen prior the May 9 General Election.

In the emotional posting, Irfan wrote: "Just want to ask you Syed Saddiq, first you dissolved the Podium Programme. Then my coach's contract has been terminated with immediate effect after I broke the national record 13 times, won three SEA Games gold medals and a silver medal at the Asian Championships achieved with the coach that I have been with for the past six years."

He then goes on to ask why his plans to train overseas were axed.

"Explain to me. Is this youth power? What's your vision and mission in our sports actually YB (Syed Saddiq)?

National athletes have voiced their grouses in the past, as reported by Twentytwo13 on Nov 30, claiming they were unclear of their fate and the new direction of the ministry and its agencies.

The lack of direction has been a talking point among athletes and sports officials since the Pakatan Harapan government took over Putrajaya.

Syed Saddiq's deputy Steven Sim, had during his recent visit to Twentytwo13's office at Plaza TTDI, said stakeholders are used to the old ways of doing things, adding: "There will be unfamiliarity. But we have to adjust and not take things for granted."