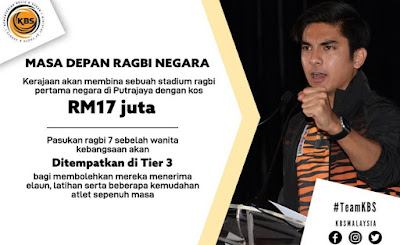 This was posted on social media yesterday and was widely reported. Let's look at the history regarding the construction of a rugby stadium in Malaysia.

1. For years, domestic and international rugby matches have been played at the MBPJ Stadium in Kelana Jaya. It must also be noted that several clubs like the Eagles Rugby Club in Sandakan, Sabah have beautiful playing spaces, equipped with the right set up similar to that of a stadium.

2. In Feb, 2010, then Youth and Sports Minister Datuk Seri Ahmad Shabery Cheek revealed there were plans to build a RM35 million rugby stadium in Kota Kinabalu, as reported by The Star.

3. The construction of the stadium did not take off immediately due to several contributing factors including "finding the right site and financial constrains".

4. Ahmad Shabery's predecessor Khairy Jamaluddin had in 2015 visited the site for the new rugby stadium, as posted on his Twitter account. 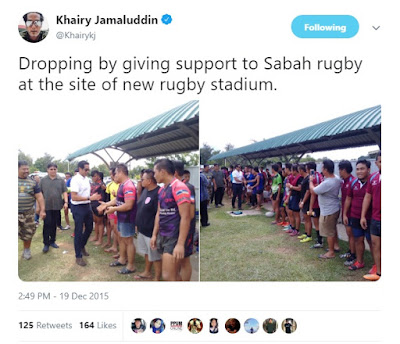 5.  In 2017, Sabah Rugby Union's Vela Tan was quoted by the New Sabah Times as saying "the Federal Government has finally decided to build the much-awaited rugby stadium in Kota Kinabalu."


“The detailed plans and designs have been finalised with active participation and input from SRU and the project has reached the ‘tendering’ stage.

“SRU is aware and very appreciative that our Minister of Youth and Sports Datuk Tawfiq Abu Bakar Titingan has been pushing very hard for the construction of that rugby stadium in Kota Kinabalu. SRU has also been playing its role in the matter.

“Once it is completed, Sabah will truly indeed be the Land Of Rugby as declared by a former Federal Minister of Youth & Sports."

6. In Feb, 2018, it was reported that the government has allocated a piece of land to build a rugby stadium in Putrajaya.

7. During the launch of the Borneo Sevens last week, Sabah Youth and Sports Minister Datuk Frankie Poon confirmed that construction work for the new rugby stadium has started at a site located just behind the Likas Stadium.
8. As such, how can the stadium in Putrajaya be the nation's first rugby stadium when there is already a stadium being built in Sabah?

9. Also, what is the definition of a stadium? Must a 'stadium' be a mammoth structure that would easily fit 50,000 to 100,000 people only for it to turn into a white elephant or be more suitable for political rallies as done in the past?

10. Just visit the Eagles Rugby Club in Sandakan and look at its set up. Isn't it good enough to be a 'stadium'?

11. As "Malaysia's first rugby stadium in Putrajaya" will cost RM17 million, what's the cost of the rugby stadium in Sabah? After all, Vela was quoted as saying it was the "Federal government" that decided to build the stadium. As such, the Federal Government would rightfully be footing the bill.

12. The other concern would be maintaining the stadium and generating the income. This brings us back to the mammoth structures like the National Stadium in Bukit Jalil, the Shah Alam Stadium and other venues in the country. In the name of transparency, it would only be right to reveal how much is generated from these venues annually and if building multi-million ringgit stadiums is the way forward given the current economic climate and cash flow from the government.

13. One wonders if any homework was done prior the "Malaysia's first rugby stadium in Putrajaya" announcement. Sigh!

Hey, let's not forget the Perak Rugby Stadium in Ipoh. 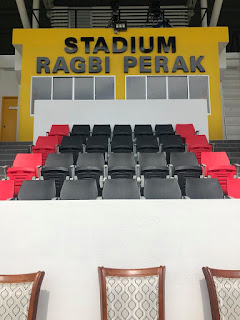