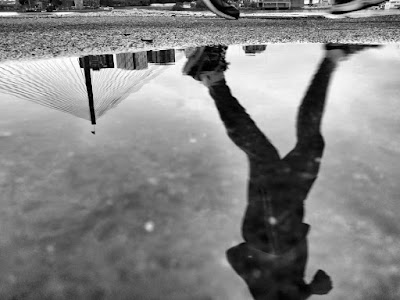 1. I was jogging earlier this evening when a group of men, in their 40s, were smoking on the same pathway.

2. One of them stopped me and asked: "Abang, exercise hari-hari boleh hidup lama ka?" while the other two were sniggering.

4. While it may seem as an innocent joke, or perhaps it's the alcohol talking, it is deeply disturbing for someone to downplay something as important as exercise. Even sadder, October is Bulan Sukan Negara.

5. But I have noticed that this is the perception by many - that jogging or exercising on a daily basis is only for the "entitled few". Some view it as a "waste of time" and that "exercising daily will not guarantee growing old gracefully."

7. I know of new mothers who shy away from hitting the gymnasium because they are being judged by their female friends who say they are neglecting their child(ren) by spending time working out instead of caring for their family. So are women supposed to ditch everything the minute they have a baby?

8. There are those who don't see the need to exercise, and instead vouch on multi-level marketing supplements. It's not about being skinny. It's about working every muscle in your body while maintaining a healthy diet.

9. It is clear that physical education and our schooling system have failed to uphold the objectives of the National Education Philosophy. Otherwise, every individual who has gone to school will know the importance of exercise and maintaining a healthy lifestyle (unless if the gentleman who asked me the question did not go to school).

10. It is also clear that the Youth and Sports Ministry, has over the years (if not decades), been overly elite athlete-centric that promoting a healthy lifestyle to the masses seems secondary. It must be reminded that the ministry, funded by tax-payers' money and lottery money, is there to serve the masses and not just the elite few.

11. It's not just about a one-day Hari Sukan Negara or a month-long programme. Noble initiatives but it's about advocating a life-long campaign that doing some form of physical activity should be part of one's daily routine.

12. There is nothing "cool" or "poyo" about exercising. It's part of our life routine. And you don't need to spend a lot - just invest in a pair of good shoes or swim wear and that will do the trick.

12. I've been exercising daily ahead of Fight For Change 2019 and I've noticed some friends making changes in their lives by working out on a regular basis too. Regardless the outcome on Nov 23 at the Cobra Club in Petaling Jaya, this is already a win to me. 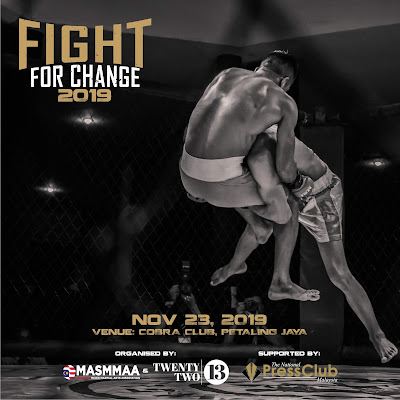 13. I rather run today then to regret not being able to run should I lose my legs in an accident tomorrow.  I rather work out in the sun or rain today then to shed a tear, looking at others working out, while sitting on a wheelchair tomorrow.

14. We need to get more people involved in sports - run, swim, jog, walk, cycle, kick a ball, get involved in judo, etc. It starts at the grassroots. It starts with parents spending more time with their kids on the field or in the pool.

15. If we don't have a sporting nation, and don't advocate for one, then no point sitting on our a$$es complaining that our national football or hockey teams are not good enough. It starts with us. It starts with you.