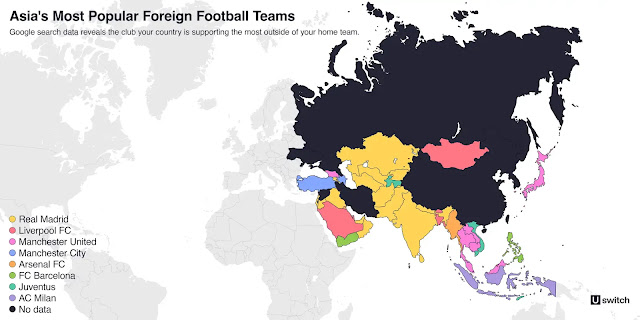 To reveal the world’s most searched teams, the television and broadband experts at Uswitch analysed Google search data to discover which football teams people are Googling the most in (almost) every country around the world.

Manchester United is the most searched club in Japan, Cambodia, Laos, Thailand and Malaysia.

It may come as no surprise that the club is among the most popular in Asia, as “the Red Devils” have had some great moments in recent times and even won two Fifa tournaments in Japan, attracting the attention of many fans in Asia.

Click on the link to read the full report.