KUALA LUMPUR — The government will not legalise sports betting despite claims the match-fixing threat has moved from Singapore to Malaysia.

“As far as the government is concerned, we are not going to approve sports betting. Simply put, it’s not a sector we’re looking into,” he said.

“What assurance do we have that match-fixing will be eradicated if sports betting is legalised? Singapore legalised sports betting, yet they also had syndicates operating illegally.

“We can’t be giving out licences just because there is a demand in the black market. That will not solve the problem.”

Johari said there were no records or data to show the amount of “illegal outflow” of the ringgit due to sports betting and that figures bandied around were merely estimates.

“Do we have real figures, numbers? All we have are people saying it’s a problem but we need statistics. We can’t be making changes in policies without indepth studies and information.”

He cited four-digit lottery as an example.

“We have legalised 4D but I’ve been told the black market is double in size. Once again, no one can give us the numbers,” he said.

“And despite legalising 4D we still have the black market. Wouldn’t it be the same if we legalised sports betting?”
Veteran investigator Chris Eaton had, at the sidelines of the World Lottery Summit in Singapore on Monday, said the recent clampdown against betting syndicates in Singapore had caused many punters and operators to move to Malaysia and South Korea.

He stressed the only way forward was to legalise sports betting.

“Right now the syndicates operate in the dark, with plenty of ambiguity and secrecy. It makes it difficult for law enforcement to clamp down on them,” said Eaton, who recently retired as executive director for Sports Integrity at the not-for-profit International Centre for Sports Security (ICSS) and is now an independent adviser on sports integrity.

“It is most sensible to regulate it (betting). If it’s out in the open and strictly regulated, you can almost solve the problem.” Ascot Sports Sdn Bhd, owned by Tan Sri Vincent Tan, was issued a licence to operate sports betting activities in 1987 and had commenced operations offering off-course horse racing bets before being asked to stop in 1990.

It was re-issued the licence by the Finance Ministry in 2003, but was suspended without even going into operations barely a year later. Then prime minister Tun Abdullah Ahmad Badawi shot down the idea, saying the government would not legalise sports betting in the country.

In 2010, the ministry re-issued its sports betting licence to the company but the move once again met resistance from several religious groups and leaders. It never took off.

For the record, Berjaya Sports Toto contributed RM46,126,000 to the National Sports Council as stated in its April 30 financial statement.

Vietnam had said in August it was considering legalising football betting while All India Gaming Federation had in September appealed to Prime Minister Narendra Modi to consider regulating betting.

“I don’t think Malaysia has the expertise to curb (match-fixing). It’s been going on for years ... decades. What’s been exposed? We haven’t seen anything. Talk is cheap. Action is important,” he said. 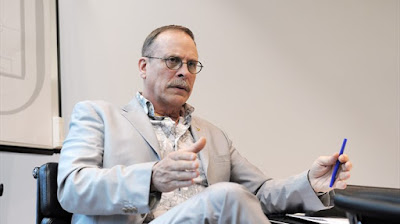 The FA of Malaysia (FAM) said it was only professional for Eaton to provide proof to the police or Malaysian Anti-Corruption Commission regarding his allegations.

“In 2012, Eaton said FAM officials were involved in match-fixing and a meeting was held between him and then general-secretary Datuk Seri Azzuddin Ahmad. Eaton was asked to provide proof but he failed to do so,” it said.