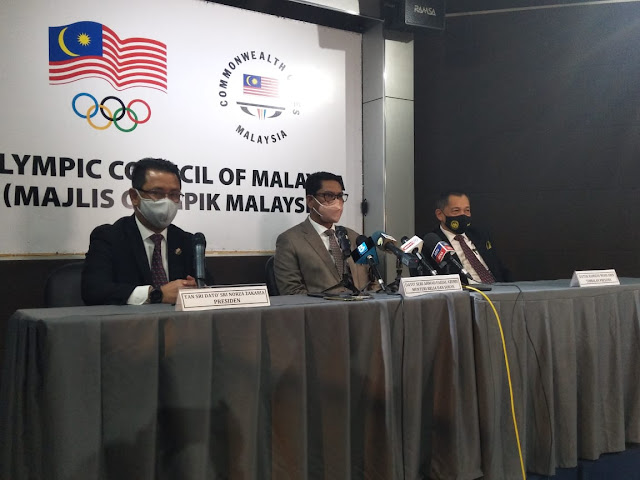 Reason? There were those within the hall who were anticipating for a "major" announcement that would see the Olympic Council of Malaysia (OCM) play a more pro-active role in preparing Malaysia's elite athletes for the Olympics.

But some left dissapointed. After all, such a decision cannot be done overnight as there are many stakeholders involved. I doubt such a big move can be made by December as surely the NSC, among others, would try and justify why they remain relevant in the elite sporting eco-system.

I had on Aug 9, 2021 wrote, on news website Twentytwo13 that it is time for OCM to take charge of Malaysian sports after dismal Olympics outing.

In the said article, I highlighted:

The OCM, after all, is represented by the national sports associations, and they would better understand the predicament of the national bodies. In an ideal world, it sounds like a viable option.

But the office bearers in OCM rely on national sports associations for votes, and the funding could be abused as a means to garner those votes.

It also remains to be seen if OCM’s office bearers have the courage to reprimand non-performing member associations as “every vote counts” during the election.

Perhaps the best way to counter this, is for a body, represented by officials from the Youth and Sports Ministry and the Finance Ministry, to oversee how the money distributed to OCM is being used, and to ensure the objectives of the programmes are met. At the end of the day, it’s the taxpayers’ money and there must be accountability.

I reiterated my stand on Astro Arena last night.

If OCM gets to steer the ship, it will certainly need more sailors on board.

There were those who continue to defend NSC's role. This is not a childish battle about who will have more power. It's about what's right for Malaysian sports in moving forward. It's about embracing professionalism and for national sports associations (NSAs) to start adopting a more corporate structure to monetise their efforts.

If decentralisation is the answer, so be it.

NSC is the funding arm of the government. You need money from "daddy", you play by "his rules".

If NSAs claim to be professionals, they should stand on your own feet and not rely on "daddy".

Perhaps it's time for "daddy" to take the back seat. He can't be held responsible for your failures all the time.

And someone else wants to play "daddy", so be it.

You can't continue repairing the same car over and over again, hoping it would eventually reach its destination. If "daddy" finally relents and grants you your wish to buy a new car, go find the money, buy a car that suits your budget and needs, and head to your destination.

And if the "new" car still breaks down along the way, don't blame the whole world including "daddy". You have only yourself to blame.

P/S: I felt the most interesting matter raised yesterday was OCM's plan to relocate and put up its land in the heart of Kuala Lumpur for sale. The decision will certainly catch the attention of realtors and businesses eyeing for prime land in the city. Read: OCM to relocate, prime land in heart of KL up for grabs