Poetic justice for gym, sports operators? Or another confusing night? 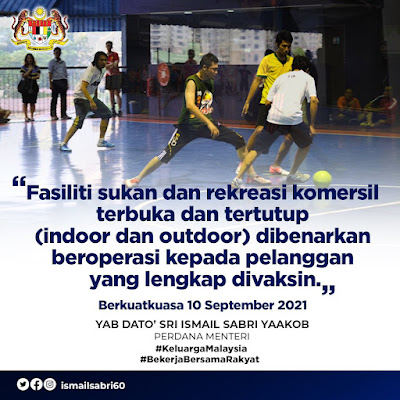 It was the same tweet where he said the Klang Valley will enter into Phase 2 and that interstate travel between Kuala Lumpur, Selangor and Putrajaya will be allowed starting Sept 10.

Some were overjoyed, including the gymnasium operators I spoke to this afternoon - as published on news website Twentytwo13 (Cinema more important than fitness? Gym operators tired of hoping, want clear direction from govt)

But there were those who were skeptical and somewhat "confused" with the announcement.

They referred to Ismail Sabri's statement which has made its rounds.

As such, gymnasium operators in Kuala Lumpur and Selangor shouldn't be worried about this as they will no longer be under Phase 1 but will go into Phase 2 on Friday.

It is highly unlikely that the ventilation guidelines will be made available anytime soon. And even if the guidelines somehow appear during Khairy's 4.30pm press conference tomorrow, it remains to be seen if the gymnasium operators will be able to make the required adjustments and comply in time for them to "open" on Friday.
Speaking about ventilation for gymnasiums and the fact that cinemas are opening tomorrow, a reader responded to Twentytwo13's article (which I mentioned earlier) and said:
So are cinemas going to operate with the new ventilation guidelines that they're planning to impose on gyms?

I can't help thinking that this latest announcement seem to be an after thought or more of a massive communication breakdown.

It's like everyone is eager to make feel-good announcements (yesterday regarding cinemas, today regarding sports facilities and free movement within Klang Valley) when it could have been announced at one go - with much clarity.

Yes, even the new Federal Territories Minister Datuk Seri Shahidan Kassim was eager to make the announcement of Kuala Lumpur entering into Phase 2.

Look at the first and fifth paragraphs of this report that was published earlier this evening: 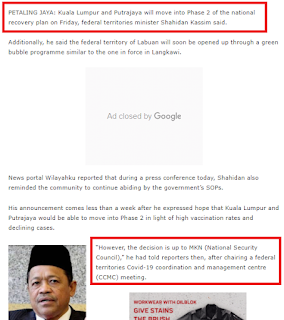 If you think you need to run away from this confusing day and catch a movie at GSC tomorrow, well guess what, they won't be open! 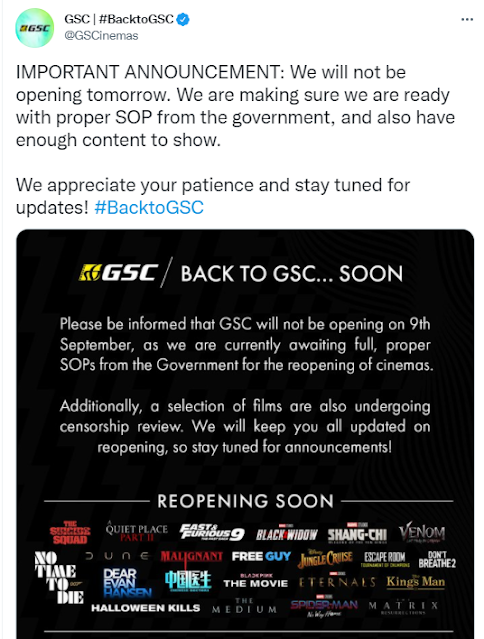