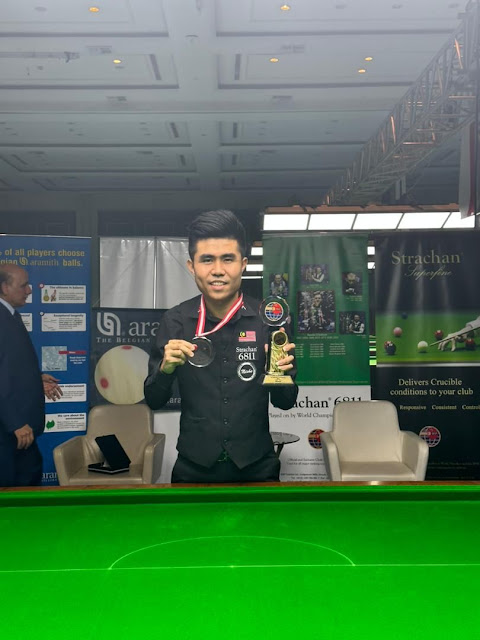 My first question to Melvin was: "So was he there alone, or with a coach?"

Melvin replied: "Where got money for full time coach lah. Sam Chong is only hired on an ad hoc basis."

Melvin was referring to the legendary Sam Chong, who coached the Malaysian side during the a series of world events held in Pandan Indah, Kuala Lumpur recently.

So who was in Turkey?

The cue artists who represented Malaysia were Lim, Moh Keen Hoo and Chooi Yew Wah. Their team manager was Iskandar Perwira Putra while another Malaysian was there as a referee.

The best ever achievement by a Malaysian before this year's edition was reaching the quarter finals.

Not bad for a sport that doesn't enjoy much spotlight, unlike football.

And as I tweeted last night, caretaker Prime Minister Datuk Seri Ismail Sabri Yaakob should be giving sports like snooker allocation instead of football or for building a drag strip.

Something for Ismail Sabri to seriously consider, should he return to Putrajaya after Nov 19.