OCM given dosage of reality ...

"This is an internal matter as OCM plans to further elevate professionalism within the organisation. We will reveal our plans when the time is right. In the meantime, please respect our internal discussions."

... by a company hired to study the Olympic Council of Malaysia's (OCM) daily operations and structure. 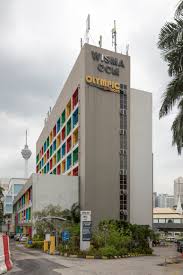 So what is the bitter truth that got its elected board discussing for hours recently?

"OCM has many structural issues both big and small."

Among other findings include:


Structure is confusing
- Roles unclear to staff.
- NSAs must be seen as shareholders and NSAs should be made to feel they are shareholders.

Different definitions of end destination
- The destination (end vision) is not common or shared by all members of OCM.

Another suggestion was that a workshop be conducted to rebuild trust between an OCM official and the office staff as "there is a general break down of trust in the office".

There was a recommendation that "the president of the board must take a more active decision making and expectations setting/disciplining role".

There was also a call made to hire a CEO (if the ambition is high) and that a governance committee and nominations committee created "to assist the CEO is his (or her) thinking and decision making process."

For the record, OCM already has a general manager - Fong Wan Hor. The question OCM needs to ask itself is:

i. Has Fong been given the space and liberty to act like a general manager or he is merely another office staff?

ii. Would the same happen if OCM decides to hire a CEO?

iii. Will the CEO be given the liberty to execute (and make decisions) to fulfill the objectives and aspirations of the elected board and not individuals?

iv. Will they allow the CEO to deal with board members on "equal terms" and not just be someone who "takes orders"?

v. Will the CEO be allowed to "dialogue, give inputs, push back at times and add intelligence and wisdom to the decision making process of the board" - as per some of the characteristics described in the study?

vi. By creating a CEO position, would this be the end of the secretary general's role?

My take on these findings?
Stating the obvious.

However, it is common for organisations not to listen to those within (who already understand the daily workings and woes faced) and instead "hire" a third party to tell them what's wrong.

It remains unclear how much (if there was a fee) was paid to the company to come up with the study.

Hopefully changes will be seen within OCM and the findings will help repair relationships between the concerned individuals and the working structure.