Should we host another Commonwealth Games?

“The Olympic Games may be too big for the time being and the Asian Games will cost too much unless the Olympic Council of Asia reduces the cost of organising it and the one which can still be considered is the Commonwealth Games.

“We have hosted it a while ago, and whether we want to host it again, I have to talk with the Prime Minister first."
There are those who insist hosting a major multi-sport event like the Commonwealth Games will help spur the economy of the country.
And they will also say we had "successfully organised" the 29th SEA Games in Kuala Lumpur recently.
Here are my concerns regarding Malaysia hosting the 2022 Commonwealth Games.
1. Our hosting capabilities — I've shared my views regarding KL2017 in my earlier posting 'What went wrong with KL SEA Games?'
2. Potential debts — In 2004, then Youth and Sports Minister Datuk Seri Azalina Othman Said announced the company established to organise the 1998 Commonwealth Games in Kuala Lumpur (Sukom Ninety Eight Bhd) had finally closed their accounts. 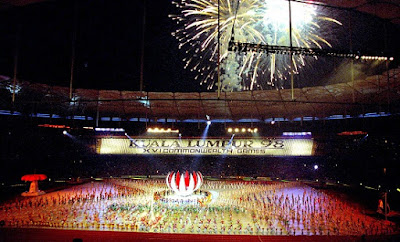 She was then quoted as saying:
“We have finished with one chapter – that is the closing of the accounts. Sukom will now have to deal with how to settle it (debts) and where to raise the money. Of the RM11.6mil, a total of RM11.4mil is owed to the government.”
Read the full report here.
3. National embarrassment — In 2010, Bernama reported:
Asked why Sukom needed 13 years to dissolve the company, (Sukom executive chairman Datuk) Nik Mahmud (Nik Yusuf) said among the main stumbling block was the numerous pending court cases, non-closure of accounts, money owed and money not collected. 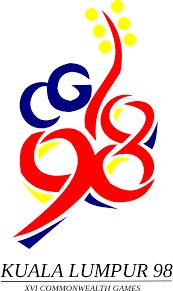 Click here to read the article.
As Ella sang, we were Standing in the Eyes of the World when he hosted the KL Commonwealth Games in 1998. But the issues that plagued the organisers after the Games hogged the spotlight for the wrong reasons.
Our national athletes should participate in bigger sporting events but I believe the time is not right for Malaysia to host another major sporting event — at least not just yet.
We must speak to our elders (who by the way should not be resting in museums) and pick their brains.
One can also gain plenty of insights from the post Games reports compiled by organisers of other Commonwealth Games as per the links below:
- 2002 Manchester Commonwealth Games Post Games report
- 2014 Glasgow Commonwealth Games Post Games report
I do hope the organisers of KL2017 will make public their post Games report soon as it will be interesting to study the actual cost involved and the key lessons learnt from hosting the regional Games.
This will enable future organisers to deal with situations better, allowing them to host a well-organised event that will naturally win the admiration of many.
Azalina Othman Said commonwealth games Ella KL2017 nik mahmud nik yusof Sukom 98 Youth and Sports Ministry