Where is the money, MHC?


LET’S look at the facts.

MHC secretary Datuk Johari Abdul Aziz had then said: “I don’t think there is a financial crisis but I have to check with the relevant officials.” 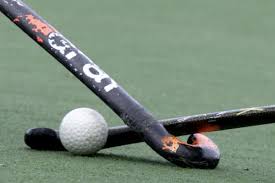 MHC treasurer Datuk N. Radhakrishnan said: “After going through the accounts, I can confirm we are not broke.”

So what’s the story?

The only thing consistent is all three quoted had the title ‘Datuk’ in front of their names. Period.

While some continue to debate if MHC is in the red or otherwise, the reality remains that hockey players and teams have not received subsidies, prize monies and incentives promised to them since last year.

Even teams who played in the recent Malaysia Junior Hockey League have not received their subsidies and prize money.

Mailsport’s journalist Vijhay Vick had reported that even the national junior and senior teams had not received their bonuses for last year’s Junior World Cup and SEA Games respectively.

For the record, the national juniors were placed fourth in the world meet — matching the nation’s previous best achievement 28 years ago.

It was natural to speak to several key people within the fraternity. Typically, all were willing to share their views with the exception their names would not be published.

“I don’t think MHC is broke but they need to pioritise their expenditure to ensure they would not run into financial woes in time to come,” said an official.

“The incentive scheme has placed MHC in a peculiar position. While it is noble for them to offer monetary rewards to outstanding players, it will also result in higher expenditure. Things are not cheap these days.”

Another official said: “Yes, the players of the various age group tournaments have not received their subsidies. I bet those participating in the upcoming national Under-16 meet would face the same predicament.”

Several others, while trying their very best to defend MHC, concurred promises met should be kept.

“The money will eventually come. We just have to be patient about it. It’s been the norm,” said a veteran official.

In any professional set-up, it is not the norm for teams or clubs to wait for months before money is paid. Finances need to be planned in advance.

MHC ought to also be transparent with its affiliates and stakeholders. They should not be kept in the dark and should know when the monies will be channelled to them.

National bodies and even government agencies, in general, ought to realise they are not a Sdn Bhd where they can simply brush off questions posed by saying “it’s none of your business”. Tax-payers money is involved, directly or indirectly, while the athletes and fans are the biggest stake-holders.

If MHC is indeed not broke, then they should pay up on time. They need to get their act right and only then the state affiliates will follow suit.

Professionalism has to start somewhere. For MHC, it’s about managing their finances right.

HARESH is editor (investigations and special projects) of The Malay Mail. Banter with him at haresh@mmail.com.my or on Twitter @HareshDeol