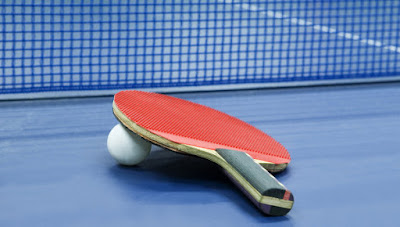 UPDATE (May 20, 2018; 3.15pm): Lawyer representing Table Tennis Association of Malaysia admitted manner in which loans amounting to RM8 million given out by association to two developers was "not right" and that his client is taking steps to terminate the contracts.
He said this after attending an exco meeting at the association's office in Bukit Jalil this morning.


The Table Tennis Association of Malaysia (TTAM) has been smashed with allegations of giving out RM8 million worth of "loans" to two developers, raising eyebrows and irking at least two of its affiliates.

A police report has also been lodged over the matter. 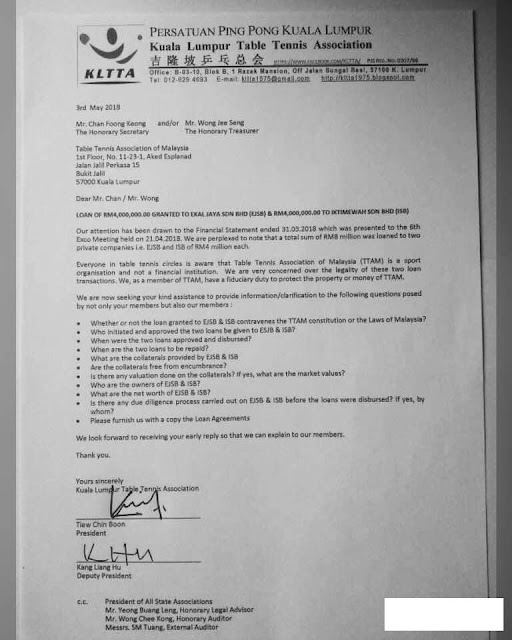 According to a letter by the Kuala Lumpur Table Tennis Association (KLTTA), written on May 3:

ii. KLTTA said it was concerned over the legality of the loans as TTAM is a "sport organisation and not a financial institution".

KLTTA had asked, among others:
- who initiated and approved the two loans?
- who are the owners of the two companies?
- copies of the Loan Agreements.

"We are still waiting for (TTAM) to reply (the letter). 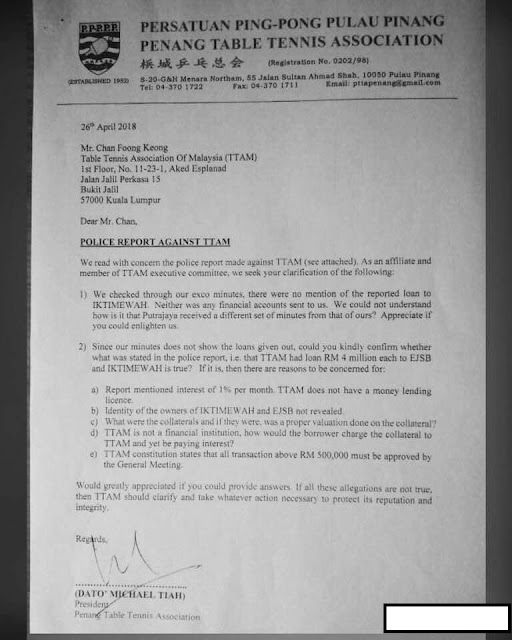 Its president Datuk Michael Tiah, in its letter on April 26, 2018, asked why Putrajaya (Table Tennis Association) and PTTA "received different set of minutes". He also highlighted:

i. (police) report mentioned interest of 1 per cent per month. TTAM does not have a money lending licence.
ii. TTAM constitution states all transaction above RM500,000 must be approved by the General Meeting.

Below is another letter from PTTA to TTAM written on May 2, 2018. 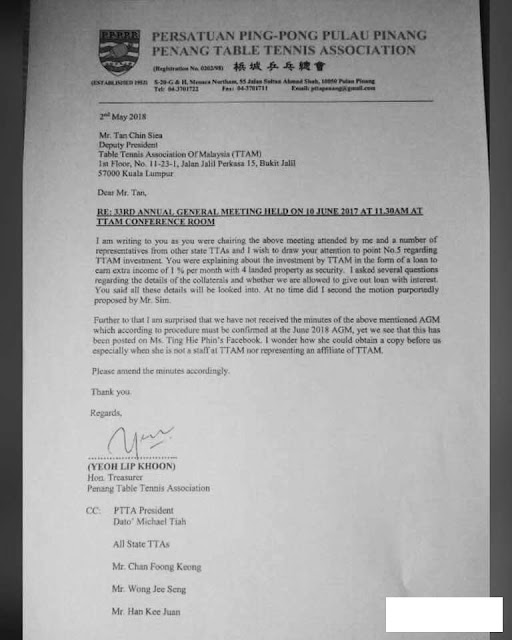 Tiah confirmed the letters were sent to TTAM but "we have not received any reply from the national association".

"My letter is self explanatory. I've yet to receive a reply."


TTAM vice president Han Kee Juan confirmed his association has received the letters from the affiliates and is well aware of the police report.

"It's not what it seems to be. I don't want this to turn into a debate in the media.

"A special exco meeting will be called soon to clarify everything.

"We are waiting for our president (Tan Sri Koo Yuen Kim) to get back to us on when he is available. Perhaps the meeting will be after the 14th general election." 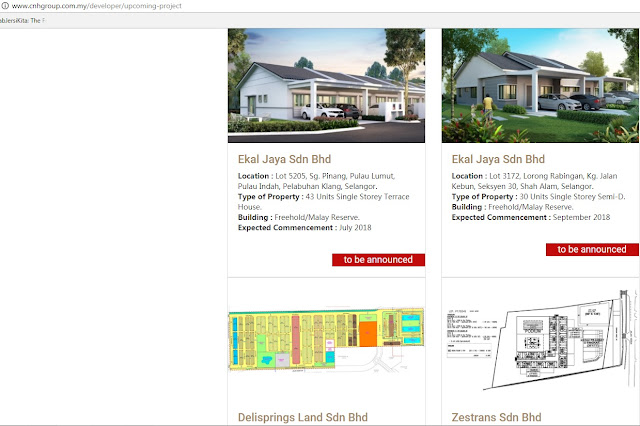 There is hardly information on Iktimewah Sdn Bhd. However. there is:

i. Iktimewah Land Sdn Bhd that was involved in a project in Shah Alam as seen in a 2014 posting on a real estate website; AND

ii. Iktimewah Development Sdn Bhd that appears in the 'Black List of Unlicensed Housing Developers' by the Ministry of Urban Well Being, Housing and Local Government. 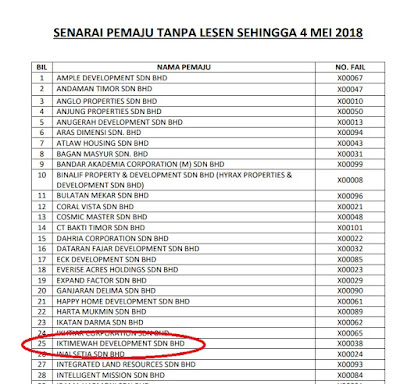