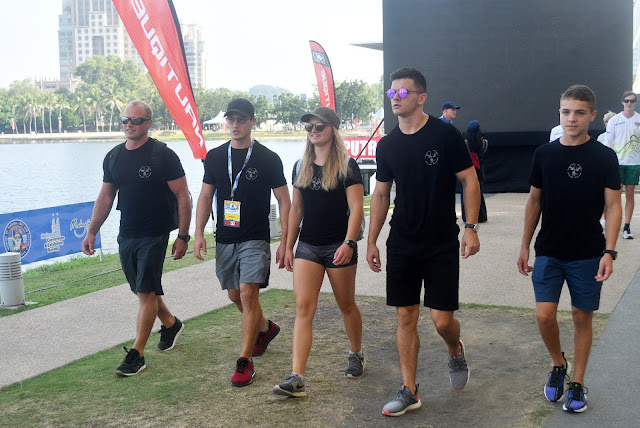 Ukraine’s sudden emergence in the waterski world is due to a passionate lover of the sport – Alexy Martynov.

A former water skier and a successful businessman, Martynov has virtually put Ukraine on the world map of waterski from his efforts that started 12 years ago when he formed the Sentosa waterski club and school in Dnepropetrovsk.

Danylo Fil’Chenko, a pioneer product of the club, is competing in the on-going International Waterski and Wakeboard Federation (IWWF) World Waterski Championship in Putrajaya. He sees action in three events – Slalom, Tricks and Jumps.

Fil' Chenko said he owes his rise in the sport to Martynov and the club.

“Martynov not only set up the club but has been sponsoring the Ukrainian team to all the competitions,” said the 20-year-old who is studying construction management at the University of Louisiana Monroe in USA.

“The Ukrainian national team is virtually the Sentosa club team. It was only recently, when our team started getting results internationally, that the government started supporting the team.

“But it was the foundation laid by Martynow which has propelled waterski in Ukraine,” said the winner in tricks and overall and second in jumps at the recent European Under-21 Championships.

Waterski was popular in Ukraine decades ago. In 1980, there were five waterski schools in Dnepropetrovsk.

But with the collapse of the Soviet Union, waterski clubs in Nikolayev, Odessa, Kharkov, Lvov, Dnepropetrovsk, Kiev and Kremenchug closed down. Facilities were destroyed, water ski stadiums were damaged and coaches found new jobs.

In order to put new life to waterski, Sentosa, recruited the first set of young skiers and invited coaches from Belarus.

The Ukraine national coach, Yeremeev Yuiry, is also from Sentosa.

The other members of team also come from the club – Stanislava Prosvetova (17), Alexander Samoilov (aged 16) and Damir Filaretov (13).

“We are a young team, but are looking forward to a good outing,” said Fil’Chenko who is ranked world number 2 in the overall events.