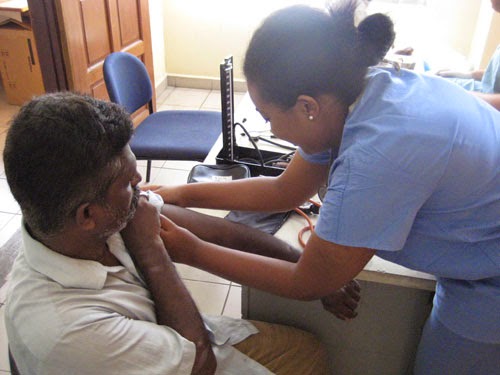 KUALA LUMPUR — As the debate for separation of the roles of doctors and pharmacists lingers, general practitioners (GPs) are racing to safeguard their interests in the wake of impending losses and additional costs imposed on them.

More than 50 doctors will gather in a closed-door meeting in Kuantan tomorrow to discuss the implications of:

• Separating roles of doctors and pharmacies;
• Implementation of the goods and services (GST) tax;
• Upgrading equipment involved in treating foreign workers;
• Growing number of clinics folding up;
• Over 4,000 private doctors who have quit in 2013 alone, mostly due to losses.

The disgruntled doctors insist these factors will impact their practice come April 1, leaving them little choice but to charge their patients more.

They cited rising cost of living and “bullying tactics” adopted by third party administrators as among the reasons for closure of more than 500 clinics between 2012 and last year.

But Health Ministry insiders claim, while nothing has been confirmed, the doctors are kicking up a fuss as they stand to lose their side-incomes from selling drugs.

“Dispensing separation will hurt the people not only in terms of more financial burden but other things like waiting time and other inconveniences,” said Medical Practitioners Coalition Association of Malaysia president Dr Jim Loi Duan Kong.

“The inconvenience of driving around for another parking space and paying for another parking coupon ... that will happen if clinics no longer dispense medicine. What about the elderly? It’s just more troublesome for the man on the street. We’re not ready for it.”

Dr Loi admitted doctors would be able to “cut corners” if they continued to buy and dispense medicine.

“It has nothing to do with GPs enjoying kickbacks. It’s pure economics as doctors get to balance their accounts. We don’t dare to charge more than RM25 for consultation for a common flu or fever. We can’t hike prices of medicine as people know how much a strip of paracetamol cost. But many members insisted if the dispensing of medicine is taken away, then they would be forced to charge higher consultation fees.”

When told talk of dispensing separation has made its rounds since last year, he insisted: “This time it’s going to happen and it’s going to start in April.

“Right now will be what has been termed as the hybrid period where patients will be allowed to choose to either buy from the clinics or pharmacy. The dispensing of medicine will be phased out by April next year,” he said.

He has also received complains members have not received their dues from third party administrators on time.

Another doctor from Jerantut, who declined to be named, said the introduction of dispensing separation will kick-start the 1Care for 1Malaysia health transformation plan — which mirrors the national health care service of developed nations including US and UK.

“But if you study the US and UK health care service, they have plenty of woes. It is not perfect. It is now even a top issue in Britain ahead of the May elections,” he said.

He said the rental of clinics and other administrative and operating matters were not exempted of the GST.

A Malaysian Medical Association top official said they have received numerous queries pertaining to the issues.

“There’s just so many elements disrupting doctors, especially those running their own clinics. Yes, many had quit and intend to quit. Some thought they could earn a steady income by becoming associated with companies through third party administrators but have instead been incurring losses. They also worry of the GST.

“But the dispensing of medicine is the final straw. It will be difficult for both doctors and patients. Let’s be logical, you’re already sick and the last thing you would want to do is to go in circles finding a pharmacy to buy medicine. Doctors will eventually hike their consultation fee as the current regulation states GPs can charge consultation fee of not more than RM120. So if a doctor used to charge RM25, if the dispensing separation kicks in, he or she could now charge RM35 or RM40.”

“Doctors face many woes and often suffer the end rot of it.”