HARESH SAYS: Muted CNY celebrations — will it be a baa-d year? 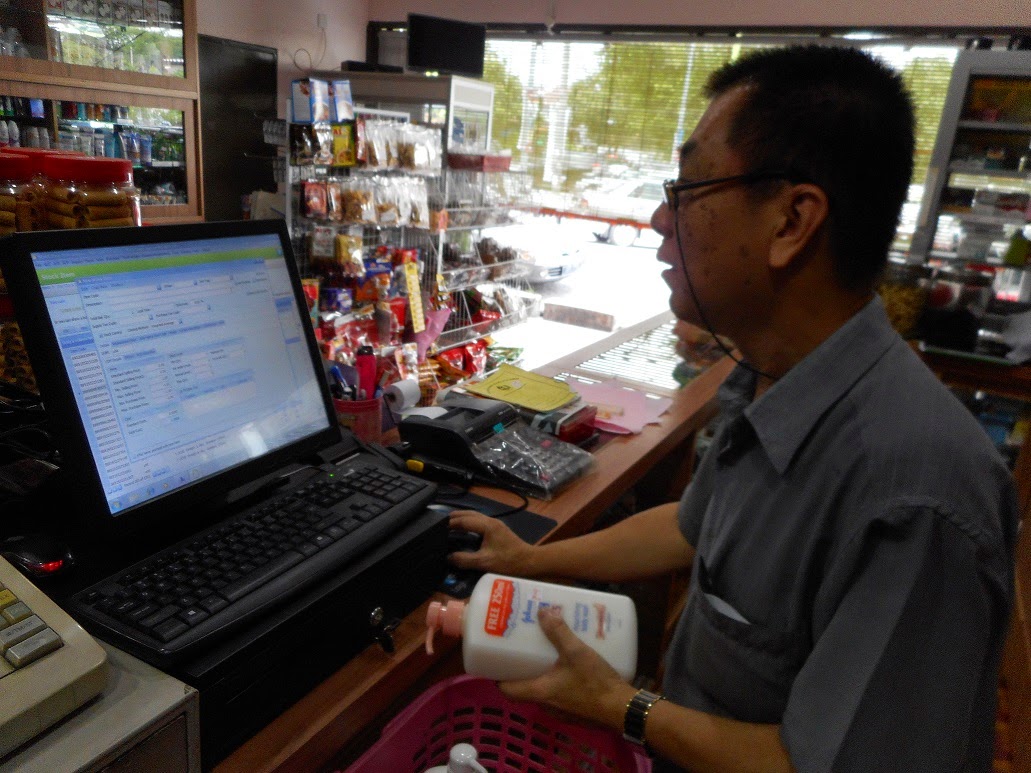 I MADE it in the nick of time as the yee sang remained in the centre of the table, untouched.
It was close to 9.30pm, the rain didn’t help as riding from Petaling Jaya to Serdang turned out to be an adventure, no thanks to my helmet’s faulty dark visor that keeps dropping each time I hit a bump.
Unlike previous years, the yee sang was served last, as I promised my family and relatives I would turn up for the reunion dinner, by hook or crook.
As soon as I arrived, the 13 of us quickly gathered around the table as we tossed the yee sang while shouting Huat ar (prosper), hoping for good health and prosperity while welcoming the Year of the Goat.
But those were the only smiles I saw throughout the celebrations.
The conversation quickly revolved around politics, security and the nation’s economy.
Firecrackers were hardly heard or seen in Serdang and even other parts of town. I seriously doubt it has anything to do with good enforcement.
Even the children in my neighbourhood were left disappointed on the second day of Chinese New Year as the corner house neighbour, famous for lighting up the skies with his extravagant display of fireworks, only lit cigarettes this time around.
“Adik (as he often calls me when I go for walks with my dog), ini tahun tak boleh main-main,” he said, predicting it would not be a prosperous year for many after all.
He didn’t even offer a can of beer like he usually would. He did not even invite any of the neighbours over, unlike previous years.
It was just him listening to some good old tunes through his smartphone with his dog by his side.
Even other friends admitted Chinese New Year has been relatively quiet this time around. Fewer ang pows were handed out.
Not many adhered to the tradition of wearing a new outfit on the first day, claiming they were either too busy at work or just did not want to spend unnecessarily.
The pending implementation of the Goods and Services Tax (GST) was among the many conversations that cropped up during the gatherings.
The elders who owned businesses remained clueless over the system, insisting they would have to spend additional money on hiring an accountant. The younger group kept asking if prices of vehicles would go down or be tagged higher once GST sets in on April 1.
The official GST website by the Customs Department does little to pacify such fears. Click on the Shoppers Guide and the page states it will be made available on Jan 1. It’s been more than a month, yet the page is empty.
The list of sundry goods on the website, however, looks extensive. It lists down basic items that will see six per cent tax imposed and those exempted from GST.
Fans of cencalok, fresh nutmeg and most fruits will rejoice as these food items are exempted from the tax.
But they will also learn deodorant, hair gel and even the card game Old Maid join the list of many products that will be taxed.
Other items that will be slapped with GST include pet food (all kinds), minyak angin (a hit for many to ease headaches), Chi-kit Teck Aun pills (the best way to stop diarrhoea), pencils, battery water, drinking water, pau and coffee.
Perhaps the fear (or others may insist the ignorance) pertaining to the implementation of GST is just to camouflage an even greater fear — the health of the nation’s economy.
Business journals and articles, mostly quoting economists and “analysts”, predict a volatile economy in the region and Malaysia, especially so with the dwindling oil prices and surge of foreign outflow which has impacted the ringgit.
While prices have stablised, those working across the causeway are still smiling with the exchange rate at S$1 to RM2.67.
In December 1980, the rate was 93 sen and has increased ever since; December 1990 (RM1.55); December 2000 (RM2.18); December 2010 (RM2.39) and last December it was RM2.64.
Even the Thai baht has risen compared to the ringgit.
“Just compare the ringgit with the Singapore dollar over the past two decades and see how much it has dwindled.
“You don’t need to be a financial expert to understand the situation,” said Uncle Sam, who spends most of his evenings drinking tea while reading the newspaper at an eatery in Bukit Indah.
He too complained the price of tea has gone up.
The muted celebrations were evident. Such a pattern was seen even before Christmas last year.
Malls toned down their decorations while organisations spent the bare minimum on advertising campaigns.
But household debt continues to soar.
The same people who claim they do not earn enough and worry about their future are buying new continental cars or latest designer handbags.
They gather with friends for their weekly yum-cha session at a fancy café that serves coffee for RM15.
So are people really concerned about the nation’s economy? Or do they fear changing their lifestyle to suit their true budget?
Will 2015 be a baa-d year?
We’ve gone through rough times in the past, we have learnt (hopefully) and I believe (if we set our priorities right) we can sail through this time around.
We can all make a difference — from the government to the man on the street.
Let’s ease the fears, if any, regarding new policies and make the people understand why certain mechanisms are being introduced.
At the same time, the authorities must seek the views of the stakeholders and not catch them off-guard by introducing policies.
Perception is important and there is a need to negate assumptions — as without clarity and transparency, it will only worsen the situation.
We all need to know what to expect in 2015 and beyond. Here’s looking forward to a prosperous year and trouble-free year.