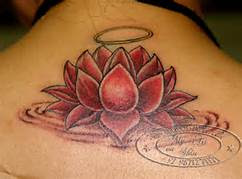 A person cannot be declared unfit for selection as a subinspector in Delhi Police or the Central Armed Police Forces (CAPFs) just because he has tattoo marks on his body, the Central Administrative Tribunal has said, reported Hindustan Times.

Rules on tattoo marks on the body in the recruitment process of the Staff Selection Commission (SSC) have been a grey area due to a lack of clarity on the terms and conditions contained in the recruitment notice.
There is no bar in recruiting candidates in the CAPFs, Delhi police and the Central Industrial Security Force (CISF) with permanent tattoo as per the SSC recruitment rules.

However, a 2012 home ministry notification allowed candidates with a “small engraving/tattoo of name or religious symbol on the inner face of the arms or hands” for enrolment, but said, “Candidates having permanent tattoo on any other part of the body be debarred for recruitment in CAPFs…”

This ambiguity on recruitment rules was the subject matter of a petition filed at the tribunal by a young man who wanted to join the services but was declared medical ly unfit due to a “large tattoo on the right arm”.