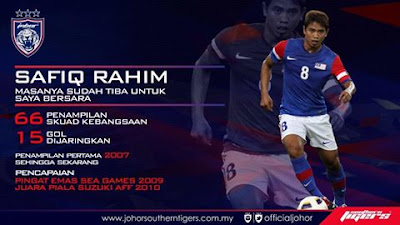 PETALING JAYA — The national team, already struggling in the international arena, were dealt a blow after two key players quit.

National coach Datuk Ong Kim Swee, however, said he will not be surprised if more players leave the national outfit.

“I heard it from the media. I was not informed of anything.

“I don't know what is the reason, why they are leaving. But I won't be surprised if more will leave.”

While admitting it was a setback, Kim Swee said he will have to move forward as he prepares the team for the Asean Football Federation Cup that starts on Nov 19.

“I like challenges, I don't mind the stress ... but not such challenges and stress. I don't want to say much and hopefully will get a clearer picture from (FA of Malaysia general secretary) Datuk Hamidin Amin in the morning,”  he added.

Hamidin said he too was caught off guard with the resignations.

“I've not received any letters from the players. I've only read their announcements on Facebook.

“I would need to assess the situation and speak to Kim Swee.”

The national team, under former coach Dollah Salleh, suffered a humiliating episode last year after losing 10-0 to United Arab Emirates in its 2018 World Cup qualifying campaign — the worst defeat ever in the history of Malaysian football.