That was the message I received from an official who attended the two-day post mortem on the Podium Programme that ended today.

To the uninitiated, fait accompli means:

Another message I got during the two-day event was:

"Why is it even being called a post mortem? A post mortem is an investigation that is done following a death. Is the Podium Programme dead?"

Interpretations. Presumptions. Assumptions. It's amazing how the human mind works.

And the lack of clarity adds on to the suspense of the true reason why only the Podium Programme (a programme parked under the National Sports Institute), and not our whole sporting eco-system, is being scrutinised.

I believe my past articles are self-explanatory - evident that those responsible in elevating the standards of sporting excellence in Malaysia have failed to do so. They should all come under the microscope.

And the lack of proper communication by revealing facts and figures have only added on to the drama - mainly for the not so nice reasons.

Among my series of articles in recent days are:

How much was really spent on Podium Programme?

How much spent on Kita Juara? Has it failed too?


Speaking about Kita Juara, here is the National Sports Council's financial expenditure between 2014 and 2016. 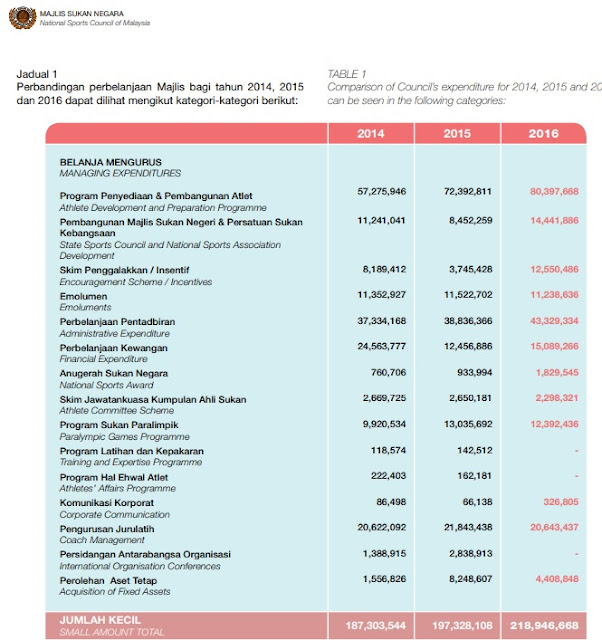 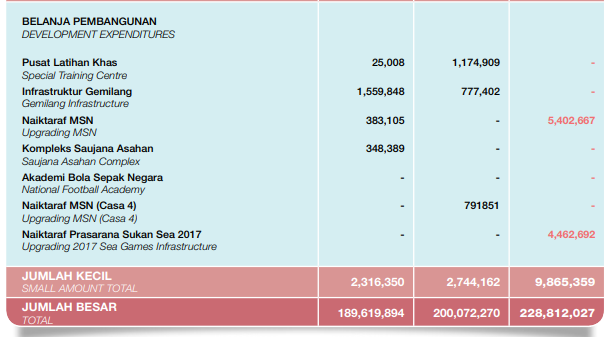 If only everything is as detailed as this graph taken from NSC's 2016 Annual Report.

I look forward to reading the outcome of the two-day "post mortem"; the ideas tabled and justifications to the decisions made.

The million Ringgit question remains - will we be able to finally win a gold medal at the 2020 Olympics in Tokyo? Only time will tell.