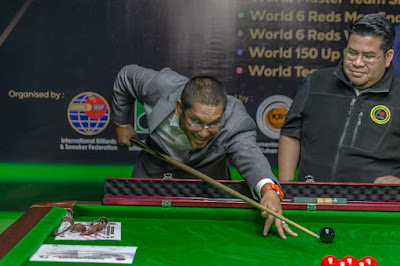 Ah, Pandan Indah. I love heading there for the food. You can get pretty much everything there - nasi lemak, bah kut teh, roti canai, western food, Japanese delights, Thai treats and even Mongolian cuisine.

The township hogged the spotlight after High-End Snooker Club, located in Pandan Kapital Mall, graciously offered to host not one, but five world competitions, and one Asian meet. This was reported by Kuala Lumpur news website, Twentytwo13.

He presented medals to the champion and runners-up of the World 6 Reds Championship. He also presented the Malaysian Snooker and Billiards Federation incentive to national cue artist, Lim Kok Leong for his achievement at the SEA Games in Vietnam. Lim pocketed RM8,000 for the one gold medal (RM5,000) and one silver medal (RM3,000) he won.

For those not in the know, the venue is exactly behind the Ampang Jaya Municipal Council headquarters. I wonder if they even know that such a series of world championships are happening right under their nose, and how they had used them to promote Pandan Indah.

Unless, of course, they feel Pandan Kapital falls under Kuala Lumpur City Hall's jurisdiction, simply due to the fact that the mall's address is Persiaran MPAJ, Pandan Indah, 55100 Kuala Lumpur.

Took a screenshot of the address on MPAJ's website, just in case. 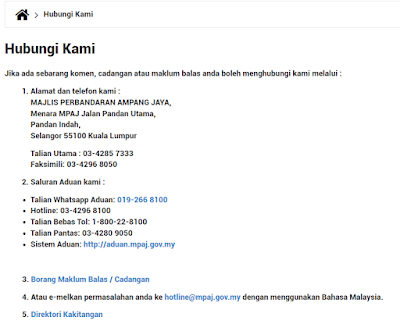 Wah, very confusing lah, this local council. They can't even get their address right, what more about stuff that's happening in their own backyard.