Parliament to be dissolved tomorrow, next week or next year? Just remember 3410 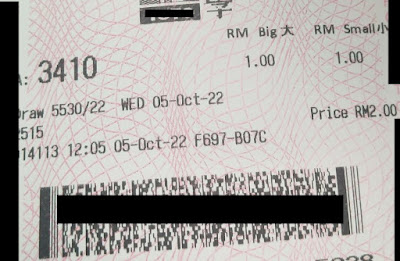 I met some pals over dinner last night and one of them asked: "Bro, when Parliament gonna bubar. I wanna buy number."

I told them I don't know. Because the country is gearing up for an over a RM1 billion 'kenduri' (wedding reception, ie. GE15) but the groom doesn't even know who the bride is. The political parties are still struggling to find their 'jodoh', so it could end up as a wedding for all. I guess that's what "unity" is all about, eh.

One thing is for sure - our Yang diPertuan Agong will be swearing in a Prime Minister for the third time (Tan Sri Muhyiddin Yassin on March 1, 2020 and Datuk Seri Ismail Sabri Yaakob on Aug 21, 2021).

As such, Al-Sultan Abdullah would have interacted with four Prime Ministers - Tun Dr Mahathir Mohamad, Muhyiddin, Ismail Sabri and PM10 - during his time in Istana Negara. His tenure as Agong ends in some 400-odd days. Hopefully, there won't be a Sheraton Move 2.0.

And the swearing-in will be for Malaysia's 10th Prime Minister.

Four PMs in five years during Al-Sultan Abdullah's time in Istana Negara. That's an unprecedented, historical feat, one that His Majesty and Malaysians will remember for a really long time.

So to my friend who wants to buy a number, go buy 3410 (can 'pau' for better odds). That's the only confirmed thing at this point in time.