Look them in the eye, beat them, says ex-BAM boss; RTM to air final live

Malaysian badminton fans have been left disappointed for far too long and only by winning the Thomas Cup would renew their faith into the sport, says Tan Sri Elyas Omar.

Elyas, who was the Badminton Association of Malaysia president when the nation last won the prestigious tournament in 1992, hoped the national shuttlers would remain composed as they take on Japan in the final at the Siri Fort Stadium in New Delhi, India, at 3pm local time (5.30pm in Malaysia). 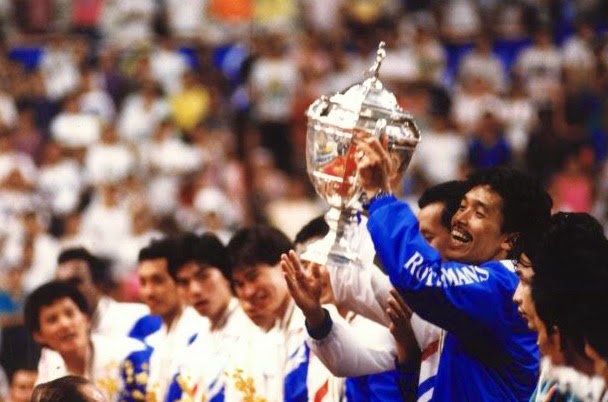 “Yes, of course (fans have been left disappointed) ... for the past 22 years,” said Elyas, who was also former mayor of Kuala Lumpur.

“This is the best chance and I believe they did not even expect to play in the final given the line-up but let’s not put pressure on them, let’s motivate them instead.”

Elyas said the players must overcome the pressure and maintain their fighting spirit instead of being jittery on the court.

He recalled the motivational words he uttered to former singles player Rashid Sidek and his teammates before they edged Indonesia 3-2 in the final at Stadium Negara.

“Look into their (opponents) eyes and beat them. That is what I told Rashid and I hope he will tell the players the same thing.”

Elyas, however, said Malaysia could not underestimate their opponents as Japan had annihilated power house China 3-0 in the semifinals on Friday.

“This is different from 1992. We were playing on our terrain and knew our opponents well. It is different this time around as Japan have proved to be the giant-killers,” Elyas said.

Rashid admitted the pressure was on the players to deliver.

“Many wants us to win and the players are pressured and the expectations to win are high, especially in the first singles. In 1992, I had to only think of myself. Now I have to think about the whole team.

“But I must make sure the team performs and wins. If we do not achieve our target, than I will be responsible.”

Meanwhile, Astro stressed it paid top ringgit to secure the rights for the Thomas Cup as fans questioned why RTM was not airing the tournament.

Communications and Multimedia Minister Datuk Seri Ahmad Shabery Cheek apologised for the non-transmission of the semifinal between Malaysia and Indonesia on Friday, adding RTM had focused on securing the broadcasting rights for the upcoming Fifa World Cup.

Sports Minister Khairy Jamaluddin then pleaded with Astro to award RTM the broadcasting rights for the final.

“Rights owners IMG sets the price and like other broadcasters, Astro paid the predetermined commercial rates for the broadcast rights. The Thomas Cup finals will be available to all Malaysians for free on Arena via the Astro on the Go app.”

Industry players questioned why RTM did not allocate budget for such events.

“IMG sold the broadcasting rights in bulk. It was an open process. RTM should have thought about this earlier and don’t expect to get it free just because Malaysia made it into the final,” said a source.

However, RTM had later in the day announced they would show the final live on TV1.