May 02, 2014
UPDATE: 6.50pm: The National Sports Council and the Malaysia Muaythai Federation dismissed the claims made and insisted the athletes' welfare were well taken care of. Read more in Mailsport tomorrow.

This was published in Mailsport today. 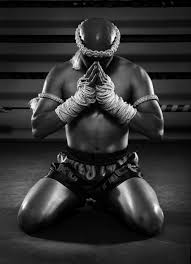 A parent of a national athlete who is in Langkawi for the IFMA Muaythai World Championship is appalled by the National Sports Council’s (NSC) lack of professionalism.

In a letter addressed to Sports Minister Khairy Jamaluddin made available to Mailsport, the parent, who signed off as Shah Shariff, accused NSC of not doing their best to ensure the national athletes' and coaches' interest are taken care of.


He alleged the three Thai coaches attached to the national team were not paid for the last two months and that none of the athletes have received their allowances.
“Coaches and athletes did not have money to even pay for their meals en route to Langkawi. Once they get their passports back, I am sure the coaches will never come back to Malaysia,” alleged Shariff, who felt NSC would not have treated the coaches the same way if they were Australians or Europeans.


He also took NSC to task over the transportation arrangement as the team took 12 hours to reach their destination by bus.
“As a result of the badly organised road trip, the athletes ate irregular meals: at 8am, 11:30am, 11pm. This resulted in the athletes bingeing at 11pm after having nothing to eat for almost 12 hours,” said Shariff.
He added the athletes were served ‘mamak’ food and many over ate as they were famished, and as a result, some were overweight during the weight ins.


He also asked why athletes were housed at the one-star Cucu Cucu Resort in Air Hangat which was some 30 minutes from the venue while officials stayed at a four-star hotel beside the venue.
Read more in Mailsport today.