May 31, 2014
As published in Malay Mail today - special focus on Malaysia-China celebrating 40 years of diplomatic ties.
It was an experience Soong Poh Wah will never forget.
In early 1971, the Table Tennis Association of Malaysia announced it would be holding trials as the best players would compete in the Afro-Asian Friendship Invitational tournament in Beijing in November the same year. 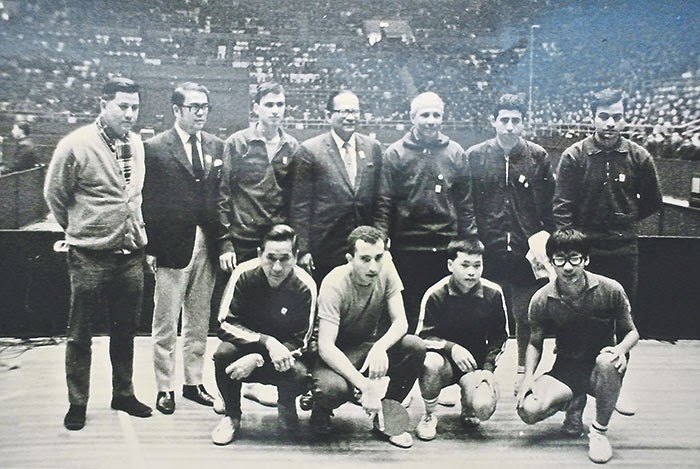 The meet was China's way of reaching out to the world as it had then struggled to communicate with other countries due to its communist ideology.

For Soong, who was then a 21-year-old student pursuing his Bachelor of Science in University of Malaya, it was an opportunity to visit the mainland.

"We were excited as we were able to compete in China and visit the country for the first time. We didn't really, at that time, give much thought about the importance of the tournament," recalled Soong, who turns 64 on October 18.

"But we soon realised it was China's way of opening its doors to the world, establishing ties with many countries in and outside the region, including Malaysia."

Soong said the 'ping-pong diplomacy', as the event was fondly known, played its role in modernising Beijing.

"I remember stepping out of the plane when we landed in Beijing. We were taken to the hotel and the roads were just filled with thousands of bicycles. There were hardly any high-rise buildings in Beijing back then.

"The liaison officer, a local who accompanied the Malaysian team, was well-versed in Bahasa Malaysia but was pleased to note that most of us could speak Mandarin and that made communication easier."

As there were rest days in between the week-long tournament, the athletes visited various tourist spots, including the Great Wall of China, Ming tombs and the Summer Palace.

Soong said the Chinese players and officials were split up as they mingled with the foreign players.
"They were very hospitable and took real good care of us. As the matches had ended late on some days, they prepared supper for us."

Soong played in Beijing again in another tournament the following year and has visited the country on various occasions since.

The three-time national champion (1969-1971) admitted he and his teammates did not realise the importance of the 1971 meet until Malaysia and China eventually established diplomatic ties — the first Asean nation to do so — on May 31, 1974.

"To us, it was all about sports. But we soon realised it was not just another tournament. It was a tournament that had, in a way, paved the way for greater things for both Malaysia and China," said Soong, who donned the national colours from 1966 to 1975.

"Malaysia has certainly benefited from establishing close ties with China ... between both governments and the private sector."

The Seremban-born said his visit in 1971 remained memorable in every sense.

"I cannot single out a particular moment as every second I spent in Beijing, from arriving there to competing in the tournament, was special. I was exposed to so many new things and new
experiences.

"I am glad we fostered such good relations with China and it somehow started through a simple game of table tennis."
Pic caption:
The national team and the Egyptian players before their match in the 1971 tournament. Tan Sri Michael Chen is seen standing second from left. - Picture courtesy of Soong Poh Wah.
40th anniversary china Malaysia michael chen soong poh wah table tennis