Low turnout at Olympians AGM. Where are our (young) Olympians? 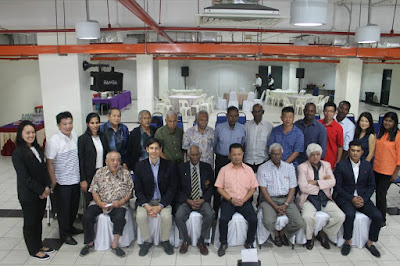 We have over 300 athletes who have donned the national colours at the Olympics.

Sadly, only 22 Olympians turned up for the Malaysia Olympians Association annual general meeting this morning.

And where are the younger athletes?

Having to use a walker, Ng drove all the way (alone) from Shah Alam to Wisma OCM for the meeting.

Several individuals who attended the meeting were speechless with the turnout.

"We were informed (about the meeting) way in advance. It's a crying shame so few turned up.

"Only one representative from badminton (Ewe Hock) and football (Abdul Rahim)? I just don't know what to say," said an Olympian.

Another went on to say: "When it comes to free things especially tickets, the Olympians become very active and demand the association do stuff for them. But when it comes to meetings, they are nowhere to be seen."