What's next after Klang marathon saga?

This was from my article following the Klang marathon episode, which appeared on the landing page of Channel NewsAsia's sports section today.

Following the Klang incident, several good initiatives were introduced. But ....

1. No one has asked the police why did they approve a run that is 'illegal' based on the Sports Development Act 1997?

2. Many other runs which have not been approved or listed by the Sports Commissioner's Office, as seen on the Youth and Sports Ministry's website, continue to take place? They include: 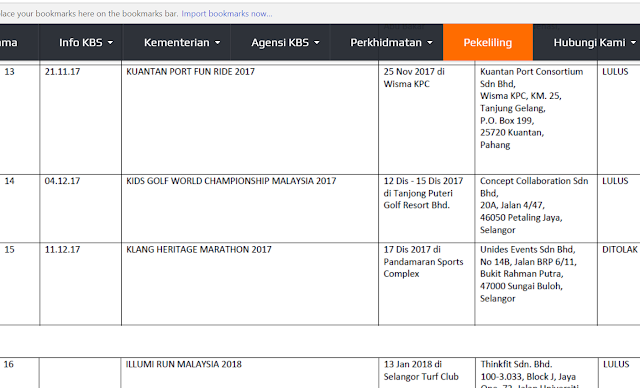 i. Bentong Half Marathon which was launched by Transport Minister and Bentong MP Liow Tiong Lai. For the record, Jimmy Liew, 71, from Kuantan died during the event.

To those who say 'fun runs' do not require to seek the approval of the Sports Commissioner's Office, this is what the Youth and Sports Ministry said during the Energizer Night Run in 2011.

I'm sure the stakeholders, mainly race organisers and running enthusiasts, would like to know what else was discussed during the Dec18 meeting between MAF and the Sports Commissioner.
channel news asia Datuk Zaiton Othman karim ibrahim klang marathon malaysian athletic federation marathon road races runs