Putramas residents up in arms over construction of new bridge

January 12, 2018
UPDATE (5.30pm): Segambut MP Lim Lip Eng has written a letter to the Mayor regarding this matter. 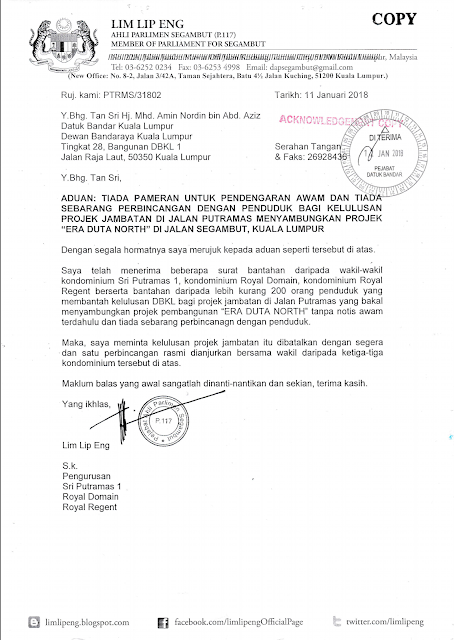 Many Kuala Lumpur residents are turning into an angry lot.

And the same can be said about those staying at Sri Putramas 1, Royal Domain and Royal Regent.

The residents there are up in arms over the construction of a new bridge connecting the already congested Jalan Putramas to a new condominium project site called Era@Duta North. 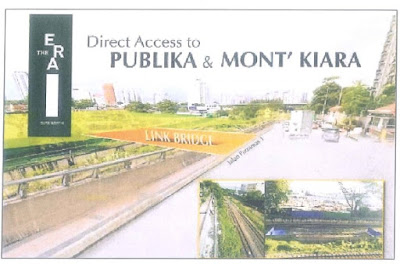 The bridge, the residents said, will create massive congestion. Checks with residents there revealed there are 1,220 units at Sri Putramas 1; 1,022 units at Royal Domain and 654 units at Royal Regent.

There is another residential block there - Antah Tower.

The residents, had through their respective managements, submitted a letter to City Hall expressing their displeasure against the project on July 16, 2017 (as per below). 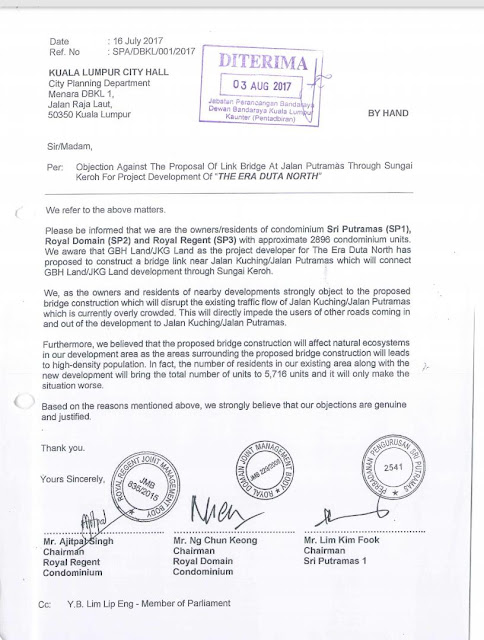 City Hall, in its letter on Dec 27, 2017, said while the construction of the bridge was approved on March 6, 2017, the developer JKG Central Park Sdn Bhd has to execute "Communication Strategy" with residents in the area before, during and after construction as per requirement 25 of the Development Order.

City Hall's reply is as per below: 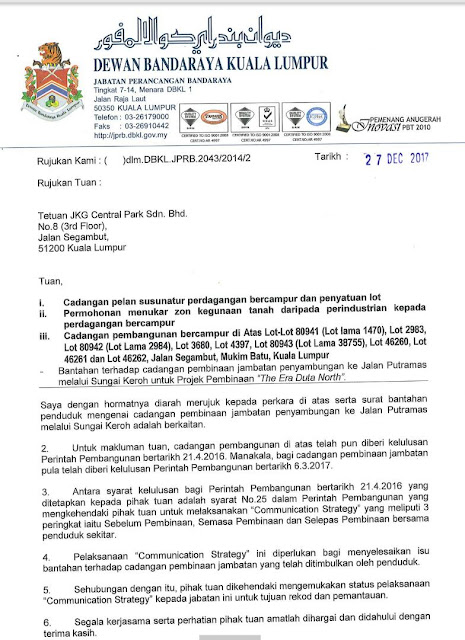 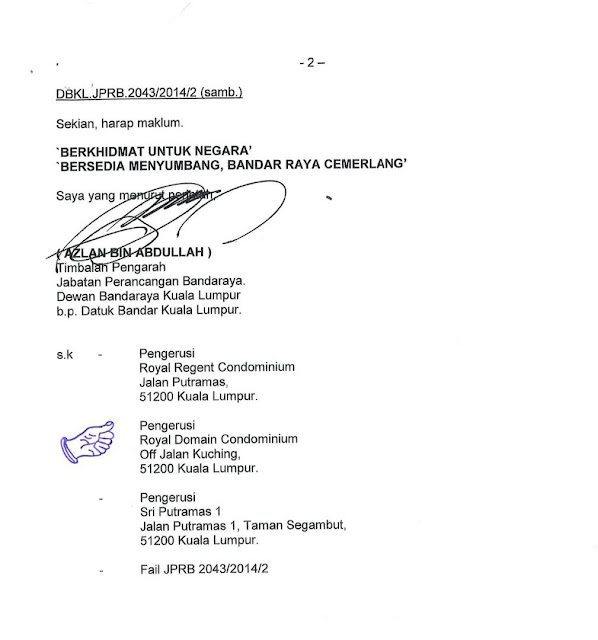 The residents claim they have not heard from the developer and sent another letter to City Hall earlier this month, requesting for a dialogue session. 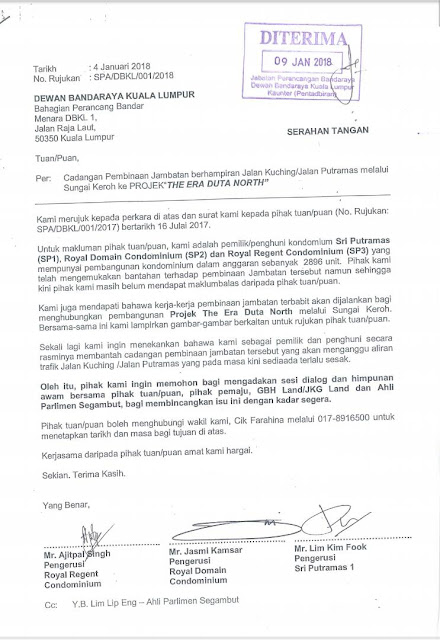 Jasmi Kamsar, Royal Domain management corporation chairman, said: "We are not against the development of the new condominium. It's the bridge that we are against.

"Right now traffic in the area is bad and with the new bridge, it will be even worse.

"The developer is supposed to inform us about the project. Even City Hall made it clear that although they have approved the development, they are supposed to conduct the Communication Strategy. No one has spoken to us about the construction of the bridge," he added.

Talk has it that the residents are planning to stage a protest.

KL residents elsewhere have been fuming in recent months.


Last month, some 90 Taman Desa residents were up in arms again last month, protesting against the contractors of a condominium project for violating the permitted working hours resulting in lots of inconvenience to them, as reported by The Sun.