February 10, 2016
As published in Mailsport today

KUALA LUMPUR — It was a press conference to announce 21 players had not been paid salaries totalling RM4,397,000 but instead it revealed how Armed Forces made their players sign two contracts so they could pay less income tax, Employees Provident Fund (EPF) and Social Security Organisation (Socso).

The official contract follows the rules and regulations  but the one with the club, said to be a mutual understanding between the Forces and the players meant they were under-declaring their income, thus affecting how much they contributed to EPF, income tax and Socso.

The players were told they had no choice but to sign the club contracts and they greedily went along with the deception as they thought they could pocket the extra cash without repercussions.

That backfired spectacularly as the 15 players have not been paid for six months till their contracts expired in December.

To make matters worse, Professional Footballers Association Malaysia (PFAM) who are supposed to fight for players’ rights, are clueless.

PFAM chief executive officer Izham Ismail bizarrely said “It is not illegal to sign two contracts with one team, it’s only against the law when a player signs with two teams! ”

He then contradicted himself by saying: “This practice of two contracts and under table payments to entice a player has to stop.”

PFAM president Hairuddin Omar admitted he knew about double contracts ever since he started playing 15 years ago. 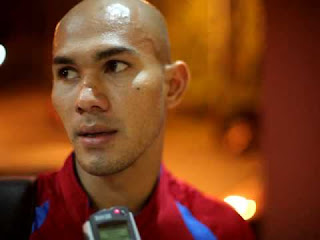 “A few teams are still doing it. We (PFAM) have tabled a standard Fifa contract to FAM after taking samples from Japan and Australia to stop such practice. It may only happen next year,” said Hairuddin.

“If players don’t pay income tax, the Inland Revenue Board of Malaysia could come after them. It extreme cases players could end up in jail if they settle the dues,” he warned.

Meanwhile, Izham said PFAM had presented the Forces players’ case to FAM’s status committee in August but they took 100 days to hear it on Dec 14, and the national body decided ATM must pay their salaries by Dec 31.

PFAM then filed another complaint to FAM on Jan 7 when the players were not paid. FAM have yet to respond.
“This problem (non payment of salary) could tempt players to fix matches as they need to make ends meet,” said Izham.

“The players want their money and we may have to refer the case to Fifa.”

I was forced to sign  two contracts, says goalkeeper

KUALA LUMPUR — Former Armed Forces goalkeeper Syed Adney Syed Hussein admitted while many footballers are not contract savvy, they are sometimes subjected to demands from the club who insist on their terms and conditions.

“I had requested for one contract before, but the Forces rejected it, saying it’s their conditions. You can’t blame the players who want to earn a living. A lot of them do not go through the contracts because it is a lot of hassle,” said Syed Adney, who called on FAM to increase the awareness of the players.

“FAM must educate the players. Most of them just sign it, but sometimes they are forced to do it. We are losing out a lot on the EPF as it is savings for our future, but we do not have a choice. But I have learnt my lesson and will only insist on one contract after this,” said the custodian, who will don NS Matrix colours this year.

The 29-year-old, who went through the same plight of not receiving his salaries on time with UPB MyTeam in 2011 was also downcast that this situation was allowed to happen time and again.

“What are FAM doing to curb this? Clearly no one has learnt from it and every season there are teams who do not pay the players. With MyTeam I eventually got paid but now the new season has yet to start and still nothing,” said Syed Adney.

Former Armed Forces rightback K. Reuben admitted the players were relieved after the team crashed out in the group stages of the Malaysia Cup last year.

“It meant we could save on petrol and toll to go for trainings. It became that bad. What irked me most was the management kept promising us the salaries would be in soon instead of just coming clean with us that they did not have the money,” said Reuben, who had to make a lot of adjustments after not being paid for half a year.

“I had to borrow money from my friends and family to pay my house loan and only prioritised the necessities. We aim to be a privatised league this year and strive for higher professionalism, but on this evidence we have a long way to get there,” said the Kajang lad.

In 2014, Perlis players were also owed six-month salaries and many of them had to resort to odd jobs like selling kebab and cars to make ends meet, before PFAM intervened and ensured their salaries were  eventually settled.