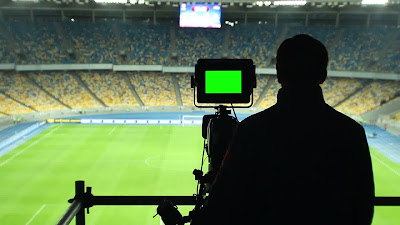 THE inability to plan ahead continues to plague the M-League. The new season kicks off in nine days — Premier League starts a day before the Super League – yet the guardians of the domestic league are struggling to tackle many issues — from broadcasting rights to deciding on the official match ball.

This year is supposed to be the start of the “professional era”, a term observers have heard on numerous occasions. But beyond the ties and suits donned by officials, Malaysian football is still amateur in so many ways.

Football Limited Liability Partnership Malaysia (FMLLP), the newly-formed body tasked with injecting professionalism into the scene, has yet to secure the broadcasting rights.

Its chief executive officer, Kevin Ramalingam, the man who was once part of Kelantan FA, was quoted in Sunday Mail as saying the delay is because MP & Silva is still locked in discussions with potential suitors. MP & Silva is the appointed international media rights company that is working closely with FMLLP to secure the television and sponsorship rights for the 2016 season.

Insiders say broadcasters were invited to submit their tenders for the new season “late December”. It is understood, only Media Prima had placed a bid of about RM7 million.

“Astro could not commit due to the timing. It was during a period where most of the higher ups were on holidays and as such, no decision could be made.

“Also, calls for tenders should be done at least six months, if not a year, in advance … not two months before the league starts,” an insider said.

“RTM also did not submit a bid as they could not fulfil the requirements. The staff received a circular saying the management will have to cut down on expenditure due to the economic situation. The internal memo was given out even before Prime Minister Datuk Seri Najib Razak announced the revised budget,” another source said.

“With only Media Prima bidding for the job, technically they should get it.”

However, no announcement has been made at press time.

Last season fans were fuming after none of the first round of matches were aired live. It was only later into the season that several television stations telecast matches after ironing out details with FA of Malaysia (FAM).

One would have thought last season’s episode would serve as a valuable lesson. It clearly didn’t.
Fans are at the losing end as many still enjoy watching local teams.

The lack of matches on television would dampen marketing efforts and kill the enthusiasm in the M-League.

While supporters are left wondering on the side lines, coaches revealed their teams have not received official match balls.

Teams are usually given 20 balls early to allow players to get accustomed to them.
“We have not received any balls till today,” said a veteran coach on Monday.

Another senior coach said the same.

“Some may think it is petty but it is a big deal for players. Balls of different make have different characteristics,” he explained.

Even the rules for foreign players will be revised for the 2017 season.

FAM’s regulations stipulate foreign footballers from Asian leagues must come from the first division clubs or play for the country.

Kevin was quoted by a local daily as saying Perak will not be given the leeway to field Kilichev but the rules of the eligibility of foreign players for the following season will be relooked.

He said: “obviously Japan’s J-2 and other second division leagues in South Korea and those in the Middle East have some quality.”

This episode raises several questions. Why did Perak hire Kilichev despite FAM's rules? Why the need to relook the eligibility of foreign players for the 2017 season?

If true the J2 and other second division leagues in Asia “have some quality”, why wasn’t it included in this season’s rules?

Was any homework done to evaluate the quality of teams playing in second division leagues in Asia before the rules were decided?

There is also word the tickets for the friendly match between Selangor and Sarawak (at Selayang Stadium) on Jan 19 had Astro’s logo. The venue printed on the ticket was Shah Alam Stadium — a stadium which is undergoing renovation, forcing the Red Giants to be "homeless" for the next coming weeks.

Perhaps it was one way of saving money without having to print additional tickets.

This would be acceptable for a small organisation holding a charitable match.

However, in the professional world, such action by the home team is unacceptable. One cannot simply slap a brand without a contract.

The problem lies in taking things for granted and planning seems to be an afterthought.

Hopefully, we will not hear of teams owing players wages — another sad scenario that haunts the local league every season.

All the best to the participating teams. May the year of the fire monkey bring some form of clarity, transparency, accountability and professionalism in Malaysian football.

Haresh is executive editor of Malay Mail. He would like to wish Malay Mail readers Happy Chinese New Year in advance. He can be reached at haresh@mmail.com.my or on Twitter @HareshDeol