HE shivered on his way to the office of the Commissioner for Oaths, hoping to get there in time to verify his documents.

His 80-odd-year-old legs were about to give up on him and he almost collapsed when he saw the long queue. Every one in line had sweaty and disgruntled faces.

“Alamak,” the “uncle” said before he went on a rant, struggling to contain his dentures from dancing around in his mouth.

But he was not the only one complaining.

The line comprised mostly of the elderly, two in wheelchairs. There was a man in his mid-30s, who had a built-in microphone in his throat and a transvestite, with “her” frail mother, get their documents in order. 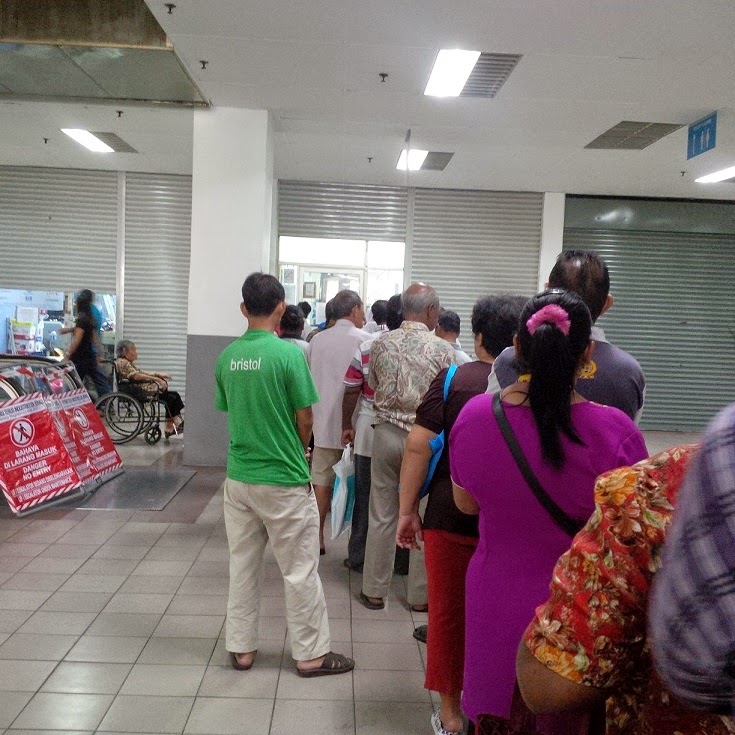 Three other “aunties” sat on a nearby stairway, looking helpless as they sighed.

All of them live in a public housing scheme in Kuala Lumpur and it is that time of year when they are required to declare their income, number in household and other supporting documents before Kuala Lumpur City Hall officers “inspect” their units to ensure only the ‘poor’ lived there.

The only person smiling was Mr Commissioner for Oaths. He certainly made a killing that one single day and could have bought himself a week-long vacation.

It is well and good that the council will be conducting inspections. This will ensure the units are rented out to those who truly deserve it. It is difficult to explain how a Peugeot RCZ or a BMW could be seen at a public housing scheme meant for the poor, not to mention the multiple air-conditioning units per house that will naturally see inflated monthly electricity bills.

But City Hall failed to realise it had subjected the elderly to long lines, making them scramble to verify documents before the week-long deadline was up. It was unnecessary.

Knowing that most ketua rumah (head of household) are made up of those above 50, City Hall should have placed a Commissioner for Oaths at every one of its offices located at public housing schemes. This would reduce stress levels significantly.

Asking someone to verify if he or she is working or otherwise is not exactly foolproof. One could be running a business under the name of his or her children and still claim they are “unemployed”.

Since most systems are integrated online, authorities can conduct a quick search on these individuals to see if they own properties, what type of vehicles they drive and even their credit background.

Banks do this all the time before they hand out loans. Why the need to ask tenants to verify documents when the process can be clearly abused?

As Mr Loudmouth said: “My mother runs a food stall, drives a car ... but nothing is under her name. Basically, she doesn’t own anything. We waste our time lining up for a stamp which bears no significance. They talk about Wawasan 2020 (Vision 2020) but still ask us to do things like it’s 1950.”

It is about administrating logic in our daily lives.

The same can be said about the police coming down hard on “modified” motorcycles come Feb 2 but they fail to realise that an aftermarket exhaust, usually promising better performance and reliability, does not contribute to accidents — it’s the motorcyclist and the eco-system surrounding the rider. What about pothole-riddled roads, especially in Petaling Jaya, that force motorcyclists to navigate as if they are riding through a minefield? What about foreign objects that fl y off lorries and hit motorcycles and other vehicles? Are there any statistics to prove such modifications cause accidents?

If yes, what is the percentage? What about modifications on cars and other vehicles?

More importantly, what about those who ride and drive recklessly?

Yet, aftermarket exhausts, which most are usually better than the stock exhausts provided by manufacturers eager to cut production costs, are said to be the cause of accidents.

Things have changed rapidly and so should our thoughts and the manner in which we work. More importantly, such processes should not be painful or taxing to the people.

If the renewal of identification cards and passports, which used to take three days if not weeks, can now be done in a matter of hours, why can’t the same be adopted with other less-complicated transactions?

This is not only about forcing people to stand for hours or change their exhausts, but to ensure time and productivity are not wasted.

Time and productivity translate into money. And it is time the authorities start thinking of better ways to interact with the masses.

As for verifying forms, most government agencies are integrated and the authorities can conduct their own internal investigations at the click of a mouse.

Minismise the “paperwork” and maximise the quality of work. That will be a win-win solution for all concerned.

There are also better ways to reduce accidents. It starts with education, not a seasonal operasi (operation) on cars today, bikes tomorrow and the same is repeated next year.

To the “uncles” and “aunties” who waited for hours to get their paperwork sorted out, hopefully you will not have to endure such pain in the future.