National swimmers will no longer swim in the dark 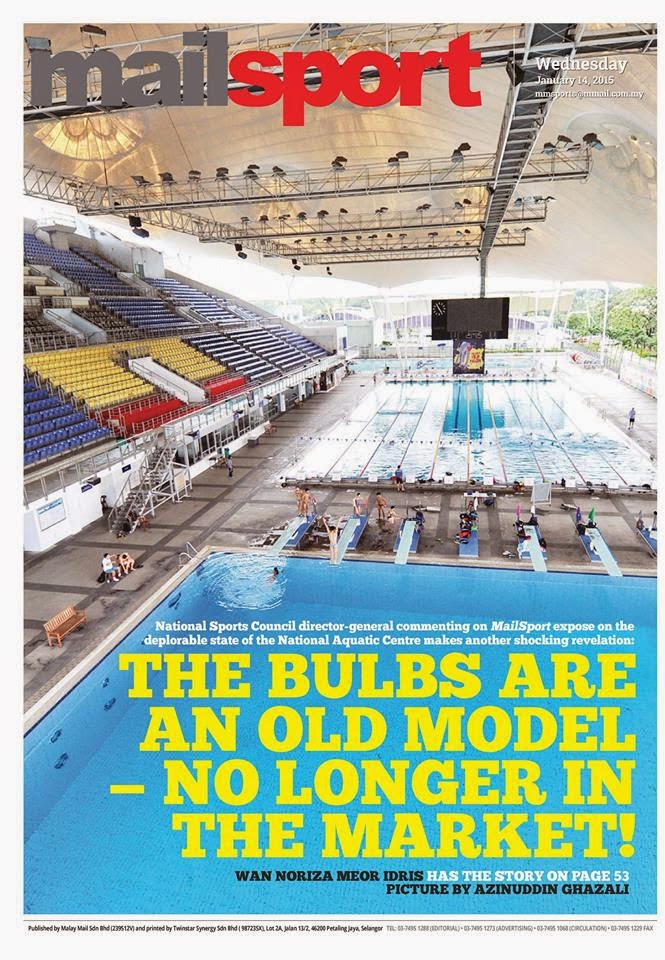 The trio are Paul Birmingham (swimming), Yang Zhuliang (diving) and Long Yan (synchronised swimming). Shapawi, who replaced Datuk Seri Zolkples Embong on Dec 19, was stunned to discover how badly neglected the centre was.

Yesterday Mailsport revealed the national swimmers have been training in the dark for the past fi ve years as the lights do not function. He also said the hot shower have not been working for quite a while.

Last week diving coach Yang Zhuliang once again requested for a new roof for the diving arena. He said he can’t conduct training if it rains as the players are at risk of lightning strikes.

“I called them for an in depth discussion following Mailsport’s reports and I promised them I will rectify the situation as soon as possible,” said Shapawi.

“However the bulbs are from an old model which is no longer on the market. We will change the bulbs as soon as possible.”

Shapawi said he summoned the coaches to his offi  ce to thank them for bringing the problems to his attention. “This is a serious matter as it involves our national athletes.

We everything to be in tip-top condition for them,” he said.

“I’ve spoken to the Malaysia Stadium Corporation and they will give us full cooperation to restructure the centre.”

The NAC was built for the 1998 Commonwealth Games but has only had minor touch-ups since.