HARESH SAYS: Dribbling down the path of arrogance 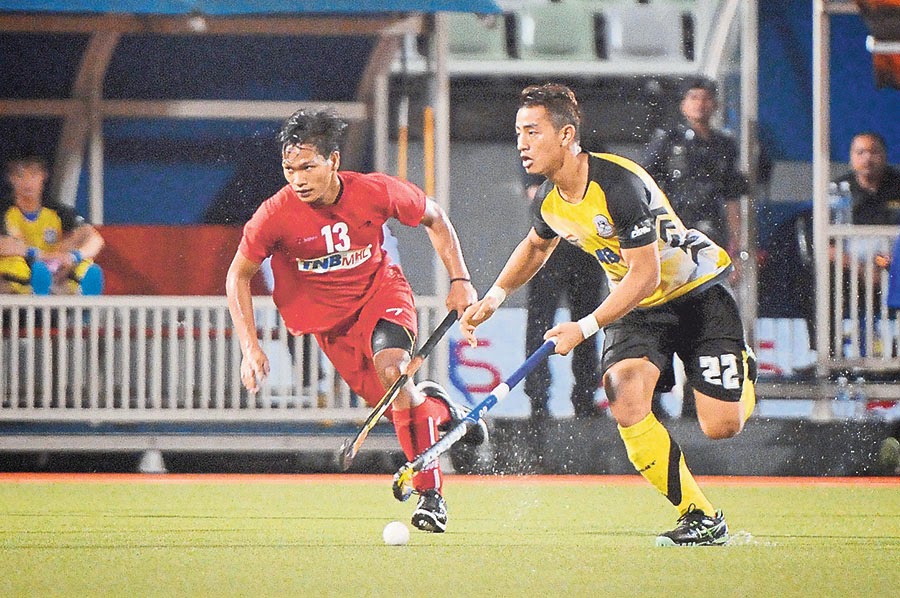 THOSE in power believe they have the best interests of hockey at heart when they parade mind-blowing egos, often proclaiming the “important” roles they play in charting the fortunes of the sport in Malaysia. But their boasts are actually a clamouring for glamour — with hockey being a sport loved by royalty.

They need to be drag-flicked out of the hockey arena, for one. Professionalism is almost non-existent in the manner the Malaysian Hockey Confederation (MHC) operates. It borders on foolishness, which must be rather embarrassing for MHC president Tengku Abdullah Shah.

The Crown Prince of Pahang must realise the importance of educated advisors who understand the sport well. Age does not translate to wisdom.

Why my sudden outburst of negativity? Well, MHC is in debt. The winner of the TNB Cup,
Terengganu Hockey Team, has apparently not been paid despite the final taking place a month ago on Dec 14. The team received RM70,000 for winning the Malaysian Hockey League but are still waiting for the prize money from the TNB Cup.

Terengganu Hockey Association secretary Sabri Salleh confirmed this to me. A man of few words, he ended our conversation by saying: “In Malaysian hockey, it’s best to keep quiet and let the work do the talking.”

The national league only saw the participation of six teams nationwide last year. The number of teams has steadily declined despite Tenaga Nasional Berhad pumping in some RM12 million into the league since 2006.

Among the reasons for the decline is the lack of quality players. Grassroots development of the sport is worrying. The state-level leagues are virtually dead.

With the exception of Kuala Lumpur, Selangor, Penang and Negri Sembilan, hockey is not played beyond school and varsity  level in the other states. There are murmurs  the Malacca league is organised by a club instead of the state association.

MHC senior vice president Datuk Nur Azmi Ahmad blamed the sponsors for their current financial situation. He claims some of them have not paid up since last year despite pledging funds, as reported in Mailsport today.

This is a public relations nightmare as potential sponsors would surely shy away from the national body. If true sponsors have failed to honour their obligations, it is best for MHC’s legal eagles to initiate legal action — a skill they are very good at.

Also, it will be interesting to calculate if the sponsorship deals have been beneficial to those pumping in the funds over the years.

The national body committed a blunder in its constitutional amendments at the extraordinary general meeting last year. The International Hockey Federation had told MHC to rectify it, only to be met by defiance from local officials.

Then there’s the obsession of hiring Australian Neil Hawgood as the national coach. MHC, despite not having funds, has been pushing for Hawgood’s appointment in hope the National Sports Council (NSC) would agree.

But we’re dealing with a refreshed NSC, which is not easily cowed by titah Tuanku or abuse of the Sports Minister’s name. Everything needs to be done in black and white as far as NSC director-general Ahmad Shapawi Ismail is concerned.

He took it a step further by asking MHC to hold an annual general meeting to sort out its constitutional mess. NSC is no boss and must not lord over national associations but in this instance, it was forced to voice its “displeasure” diplomatically. The council, after all, is paying the wages of several other hockey coaches.

Until and unless national sports associations grow a backbone and are able to sustain themselves, they are “enslaved” to the NSC. That is not how it is supposed to be, but as the saying goes … no money, no talk.

The national hockey team is the top seed for the upcoming World Hockey League (Round Two) in Singapore (Jan 17-25). So why has MHC set a top two target instead? Is the national body trying to manage expectations or does this simply reflect lack of planning in Malaysian hockey?

What has been achieved from the millions of ringgit spent on the teams? Malaysia has not even won the Azlan Shah Cup once since its inception in 1983, let alone other major tournaments.

MHC needs to rid itself of parasites. State hockey association leaders must play their part to develop the sport instead of holding on to positions and harbour dreams of sitting at the same table with the royal family.

Officials need to stop brushing off their critics or labelling them as threats and learn to engage instead. It must never be about the personality. Decisions must be made in the best interest of the sport.

Hockey, and Malaysian sports generally, is in dire need of professionals who are able to ensure return of investment at every level.

The elders may argue that sport is fun and promotes voluntarism. Things changed a long time ago, but we are still limping. Do we have to keep on harping that a corporate mentality can make associations financially dependent?

The bottom line is, those “running” Malaysian hockey have done a lousy job.

Hockey lovers should take it upon themselves to organise their own leagues and prove that the sport is very much alive. It is high time current and former players keep its integrity in check.

And if MHC and its affiliates are sincere in making a difference, they can start by shedding their big fat egos. To quote American football quarterback Timothy Richard “Tim” Tebow: “We have to humble ourselves and the way you do that is by serving other people.”