Visually impaired to enjoy movies too 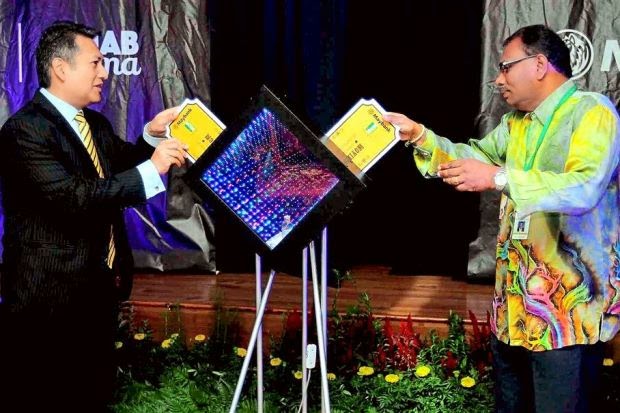 Now, the visually impaired can “see” and enjoy movies nearly as much as others at cineplexes.

The Maybank-MAB Cinema, a mini theatre at the Malaysian Association for the Blind complex in Brickfields, is offering audio described movie screenings once a month.

It uses a projector screen and sound system, donated by Maybank Global.

Group head for Maybank Global Banking Amirul Feisal, explaining the difference between an audio, described and a conventional movie, said: “Audio described movies include narration to describe and guide visually impaired viewers throughout the movie.”

Despite being introduced in the 1980s and rising in popularity in many countries, it remained uncommon in Malaysia.

It was a cinematic experience in Australia where special headsets were supplied to the visually impaired that prompted MAB Braille Publication & Library Standing Committee chairman Thavasothy Mailvaganam Pillai to suggest having one in Malaysia, too.