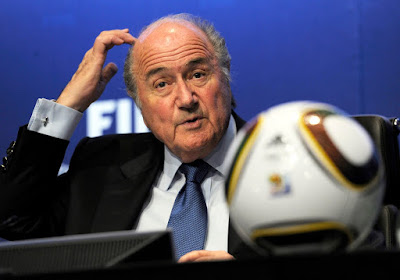 THE inability to juggle transparency, accountability and professionalism is evident. Governing bodies of football are struggling to score in this department.

And they seem to cloud the stakeholders —  fans and media — with technical jargon and hide behind their uptight attitude. The neatly knotted ties and tailor-made jackets may project an organised look but football administrators seem clueless in tackling the issues surrounding the world’s most popular sport.

Fifa is battling a host of woes on its turf. The decision to play on artificial turf continues to draw controversy at the ongoing Women’s World Cup in Canada.

“I have plenty of blisters on my toes,” United States forward Alex Morgan was quoted as saying last week, summing up the continuous fight by female footballers who dropped a legal suit they initiated last October against the world body and Canadian Soccer Association, alleging gender discrimination over the use of artificial turf.

One must wonder about this misguided direction, where the welfare of the athletes — the mainstay of football — seems to be ignored. The decision makers are power hungry.

Sepp Blatter was ticked off by Domenico Scala over the weekend after the embattled Fifa president indicated he wanted to hang on to power despite pledging to quit on June 2.

Scala, Fifa’s audit and compliance committee independent chairman, urged Blatter to uphold his earlier decision. Scala, had in a statement, said: “The times of flirting with power are definitely gone.
“I call on all concerned, including Mr Blatter, to endorse in the interest of the reforms unequivocally the announced changing of the guard at the top of Fifa.”

And such reforms must be translated into action. Sadly, this is not the case.

Fifa remains silent over the situation in Nepal.

In an email to Fifa regarding Ganesh Thapa’s controversial position as All Nepal Football Association (ANFA) president, the world body said: “... we kindly suggest you to contact the investigatory chamber of the independent Ethics Committee.”

An email was then sent to the committee. Its spokesman replied: “Due to Article 36 of Fifa’s code of ethics, the Independent Investigatory Chamber of the Ethics Committee of Fifa does not comment on any pending (or not pending) investigation.”

For the uninitiated, Fifa and the Nepal government are investigating Thapa following claims he embezzled funds and accepted bribes from abroad. Last year, Thapa had admitted receiving money from former Asian Football Confederation (AFC) president Mohammad Hammam. Hammam courted controversy during his stint with AFC and was banned for life from football in 2012. AFC’s silence on the matter is also deafening.

AFC, in cooperation with a Nepali non-governmental organisation, Saathi, has been supporting an anti-domestic violence campaign in Nepal. It was reported ANFA vice-president Karma Tsering Sherpa and two other vice-presidents had filed complaints with Fifa and AFC against ANFA deputy general secretary Mani Kunwar. The complaint was based on an allegation by Kunwar’s wife in the Nepalese media and a Nepalese court of having been robbed of her belongings by her husband and being beaten by Kunwar and Thapa’s wife.

Thapa, who went on a self-imposed ban since last Dec 3, returned to ANFA on Sunday.

Fifa had last October said the Nepal association was the subject of an “unsatisfactory” external audit in 2012, when “unappropriated cash movements” were identified. It was the same year AFC launched an external audit, which saw its financial director Bryan Kuan Wee Hong claiming former AFC general secretary Datuk Alex Soosay had asked him to “tamper or hide” documents related to him, as exposed by Malay Mail on April 25. Soosay was suspended following the expose and later quit.

It’s been more than six months and Fifa remains undecided if they should flash Thapa the red card. Its inability to address such pressing matters is baffling, just like how they sidestepped Malay Mail’s expose by redirecting queries to AFC.

This despite the video, where Kuan    made the allegations, was recorded in 2012 by former Fifa investigator Michael J. Pride in the presence of another AFC staff James Johnson who is now attached with Fifa.

AFC, having lodged a report with Cheras police over the theft of documents from AFC House in Bukit Jalil in 2012, remain “clueless” over the status of the case. Insiders admit they have been repeatedly told “the case is closed”. AFC’s legal department, which spearheaded an internal probe last month, has yet to make public its findings although AFC maintains “the internal investigation is essentially concluded”.

Cheras police are still pursuing the case. The status of the investigation, however, remains vague. Police were supposed to wrap up their probe on May 13 and hand the investigation papers to the deputy public prosecutor’s office.

It remains unclear how long more investigators will take to wrap up the three-year-old case.
The FA of Malaysia (FAM) too are far from being professional. Their latest slip-up in prize money allocation in the Felda FAM Futsal Cup is inexcusable. Having first promised RM100,000 and RM60,000 to the champions and runners-up of the men’s and women’s categories, FAM slashed the prize money to half, calling it a “minor mistake”. Teams are contemplating legal action against the national body, as reported by Mailsport over the weekend.

The inability to practise professionalism while injecting transparency and accountability is indeed worrying.

These officials are “blessed” (sic) for many continue to overlook such flaws and pay full attention to the beautiful game. Yet, it does not give the guardians of football the right to avoid issues and skirt queries by the stakeholders.

They must be transparent and be held accountable. These are key ingredients of professionalism.