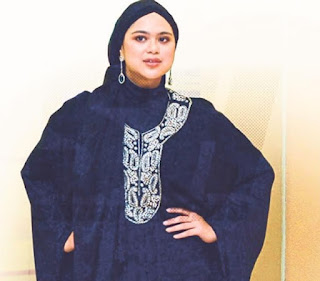 KUALA LUMPUR — It was a night of mixed emotions for many at the 27th Malaysian Film Festival on Saturday.

It was also a night that almost courted controversy after Najwa Mahiaddin, daughter of former deputy prime minister Tan Sri Muhyiddin Yassin, had her show ‘cancelled’ only to be later reintroduced as the final act of the night, aired live on television.

“Host Nabil (Ahmad) had almost introduced Najwa on stage to perform in the second segment but the show suddenly went into a commercial break and Najwa didn’t perform after the break. There were some tense moments back stage and it was only sorted after Najwa was informed she will sing at the end of the show,” said an insider.

Another entertainment insider said he was baffled by the issue.

“Were some people afraid she would sing After the Rain? Was it about politics? This shouldn’t have happened. It does not augur well for the industry.”

After the Rain was released early last month, weeks after Muhyiddin was sacked as deputy prime minister on July 28. The award-winning singer had said the song was to help Malaysians cope with the economic sluggishness and political uncertainty.

Najwa, however, won the hearts of many through her mesmerising performance that was dubbed a fitting finale.

Actor and producer Megat Sharizal Mohamed Yusoff tweeted: @najwamahiaddin I think letting u perform last was the better decision ... it sets the mood for the best film announcement.”

Film-maker Kabir Bhatia said, on Twitter, “It was one of the best performances I have ever seen ... hope to work with you ... inspiring.”