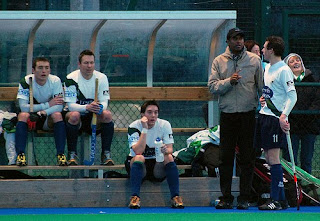 I received an email from former international Arul Anthoni Selvaraj some time back with regards to his coaching experience abroad.

Arul has been playing assistant coach to several teams including the national squad, the South African team and currently serving Ireland.

Judging from the tone of the email, I presume Arul is interested in returning to Malaysia and helping out the national team. I could be wrong though.

Below is the email:

My personal phlosophy is that coaching is NOT just being present on the field during matches or training sessions, but more of an individual who is able to adapt as a friend, teacher, manager, physologist and etc.

The manner in which I approch this viewpoint is by making efford to get to know my player well;

Hence equipped with this additional info, I am able to manage them better individually.

Create a BOND between the coach and the players.

I also make an efffort to get to know their families and loved ones.

I believe that if i know my players better, i will be able to get the most out of them.

The key is that, the team know who is the BOSS...who makes the team FINAL DECISIONS...

I do believe that as a coach i will need to set examples. I’m first on training and last to leave.

I give my very best by preparing the session, giving technical information, preparing a quality video presentation.

By doing all this ONLY then i can expect the very best from my players.

All the best coaches in the world, spend hours and hours watching video, coming out with new technical skills, new playing concepts, new ideas. And to be fair one would suggest that this are all the basic requirements to undertake the 'Boss' role or do we consider this as surplus to the existing technical tools we posses?

I believe that , things only get done when u have the respect. Respect is earned.

I treat my players with respect, i treat them like men. I believe men carrying responsibilities.

Sadly ,I have witnessed scenarios Malaysian team players being treated like boys.In the many years I have worked under high profile coaches and also within my own coaching years I have never been advised ,that mocking out to the players brings out the best in them! Unless this is a new methodolgy conjured by the 'bosses'. Damn, have I missed the trick here then?

Maybe I should start screaming ‘’BODOH’’ or ‘’MAIN MACAM BUDAK SEKOLAH’’........to my players . (Note to self: I will translate the meaning to them!)

Or I'm I being naive to think that certain players in the team need to be treated in that manner to bring out the best in them?

Or alternatively the question is 'Is this the right coaching approach'?

My personal approach will be to put your players down in close sessions, but you always protect your players in public. End of the day you will have 16 ego driven men in your team and none whom would endure losing their faces in public.

I Played and watch how Terry Walsh treated his players, how the public had so much of respect for him, and most importantly how the players looked up and respected him!

Do MHF, the players and the public have the same respect for our coaches now ?

It works both ways, either MHF don’t respect the coaches or the coaches themselves have not earned the respect.

Do our coaches have enough knowledge ?

You never STOP learning, everyday in our life we learn something new.

When our coaches travel abroad, they shouldn’t keep to themselves. Not wanting to talk to other foreign coaches means

· I KNOW ALL ATTITUDE

Or maybe it is our conservative culture that holds us back! In saying that in my personal experience and journey, sacrifice and perseverance does have its rewards!

At present I have devised a system that suits my player according to their capabilities and strength.

I do not believe in a system, it all depends on what kind of players I have in the team.(individually and team strength)

I can then manipulate A STYLE to play against opponents.

I believe in getting my team organized before even thinking of opponents. My principle is ‘’whats the point of looking at opponents, when I have not even got my team sorted’’

In the previous team I coached, I was blessed with the following;

And my current team doesn’t have ability mentioned above.

So, can I play the same system?

‘‘Training hard doesn’t mean you are getting better, it’s all about the quality’’

The top teams in the world hockey are training based on scientific findings. The following are example for different approaches undertaken by teams using scientific methodology.

This position is the key in creating a standard playing style or system.

It has to be developed from grass root.

You will find top hockey nations like Australia and Germany have continues flow of players with similar playing style, due to the involvement of the High Performance Director or Technical Director.

I left Malaysia in 2005, in order to gain exposure, to comeback to Malaysia someday to coach. I’ve never forgotten where i come from.

MHF, NSC, ISN and my friends have been very supportive. I left Malaysia with all the blessings from MHF(Tan Sri Anwar) and NSC(Dato Zol) AND ISN(Dato Dr Ramlan).

I will offer my service to help Malaysia to achieve their targets. Being a Malaysian, I would like to see the Malaysian flag flying high in the World Cups and Olympics.

Arul Anthoni
81 international caps for Malaysia (retired after the 1998 world cup age 24)
Asst coach to Malaysia, S.Africa, and currently with Irish Men’s team
Winning the Euro Nations Trophy with the Irish Team in Wales 2009
Winning the Irish Senior Cup 2010 with my club team

HD says: Sincere apologies Arul as this has been long overdue.