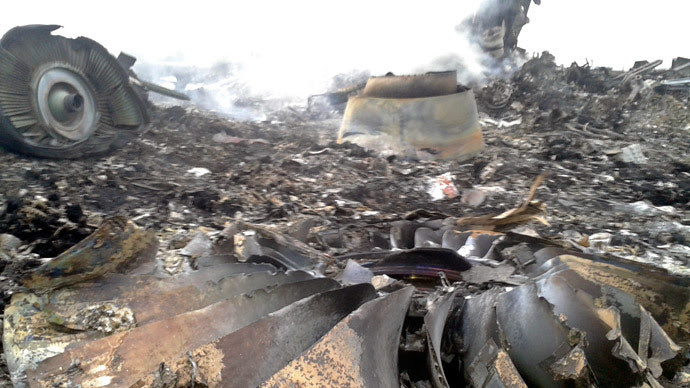 President Barack Obama spoke to Russian President Vladimir Putin on Thursday at the Kremlin’s request, a conversation in which they briefly discussed reports that a Malaysia Airlines passenger plane carrying nearly 300 people had been reportedly shot down near the Ukrainian border.

“President Putin near the end of the call with Obama noted the early reports of a downed passenger jet near the Russia-Ukraine border,” a White House pool report said, reading out comments from White House press secretary Josh Earnest aboard Air Force One.

The Kremlin also provided a readout on its website: “The Russian leader informed the U.S. president of the report from air traffic controllers that the Malaysian plane had crashed on Ukrainian territory, which had arrived immediately before the phone call.”

There were no survivors of the crash. An adviser to Ukraine’s Interior Minister has said 23 U.S. citizens were among those on board who were killed in the crash.