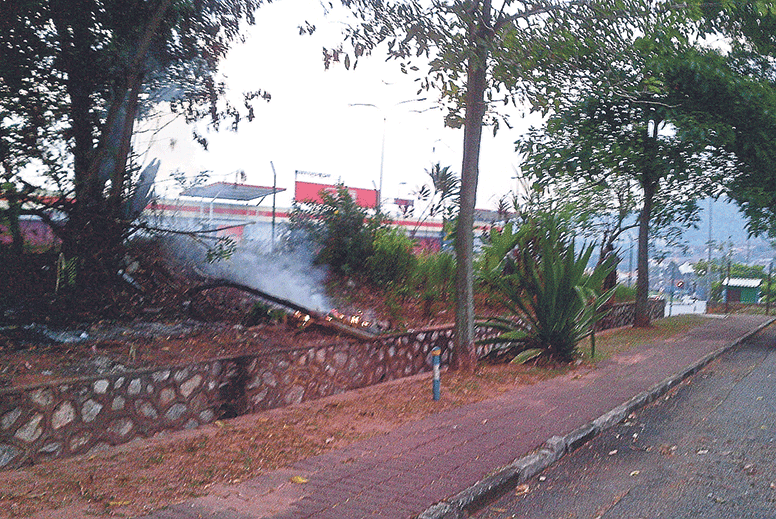 MY friend Rosman turned up at my house on Saturday in a not so pleasant mood.
Instead of exchanging pleasantries, he started shouting about open burning.
After allowing him to rant for a good five minutes, Rosman proceeded to explain what ticked him off.
“I’ve been noticing this group of people, whom I believe are residents of this particular Taman (a neighbourhood in Ampang, Selangor) setting trees on fire for the past week,” said Rosman.
“I’m sure they don’t own the land as it is located by the side of the main road. They are also destroying trees for other vegetation. But more importantly, such open burning activity is not helping the current hot and dry spell, contributing to hazy conditions.”
I told Rosman he was free to complain to the Department of Environment (DOE). After all, it’s director-general Datuk Halimah Hassan, had last month, said a strict ban was imposed on open burning in Selangor, Malacca and Johor to combat haze.
Halimah then said anyone found guilty of violating the ban could be fined up to RM500,000 or sentenced to up to a five year jail term, or both. A compound of RM2,000 may also be charged for each act.
After a quick Google search on his smartphone, Rosman found DOE’s toll free number and dialed 1-800-88-2727 at exactly 6.07pm (based on his phone’s call log). The 4.06 minutes conversation (once again based on his phone log) left Rosman fuming.
“The DOE officer, who answered the call, did not ask for my name or details. Instead he asked me for the address of people who were conducting open burning. How am I supposed to know?
“He then asked if the land was owned by the federal government or state government. If it was not federal government land, I must then file a complaint to the local council (Ampang Jaya Municipal Council). Do you think my father owns the Land Office for me to know the status of the land,” Rosman said sarcastically.
He did not lodge a complaint with the Council, adding he was already frustrated. He believed nothing will be done to stop more people from open burning in public spaces and later claiming the area as theirs.
Beyond Rosman’s rage, he had a point.
Ironically, the haze has been bad since Sunday. The Air Pollutant Index (API) reading in several locations in Kuala Lumpur, Selangor and Sarawak recorded unhealthy figures.
The episode made me ponder.
+ Why the DOE provides a toll-free number when it does not seem interested investigating complaints?
+ Wouldn’t such an lackadaisical attitude by authorities discourage the masses from lodging complaints?
+ What enforcement is being done (if any) as Natural Resources and Environment Minister Datuk Seri G. Palanivel had repeatedly, and in his Hari Raya Aidifitri message on Sunday, urge the public to report cases of opening burning by calling the toll-free number.
+ How many complaints are lodged to the department on a daily basis and the number of complaints acted upon?
+ Are people free to destroy trees in an area not belonging to them, plant their own vegetation and later claim ownership of it?
The same can also be said about the dengue epidemic which recorded unbelievable numbers nationwide. Health Minister Datuk Seri Dr S. Subramaniam was recently quoted as saying a total of 28,621 dengue cases and 38 deaths were recorded in Selangor since January 1 until July 19.
The statistics showed a three-fold increase compared to only 6,520 cases and seven deaths during the same period last year.
With a tinge of sarcasm, Rosman said: “Open burning, haze and dengue hurt us. Yet people do not seem bothered about it.
“The ministers and department heads will make feel-good announcements. Sadly, it is often not reflected at lower levels.
“It’s always the case of ‘cakap tak serupa bikin’ (failing to walk the talk), isn’t it?.”
I could not agree more.