MH17: We must not forgive or forget 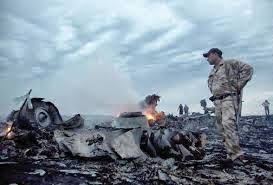 I AM angry and I am sure that I am not alone.
I want justice and, again, I am sure I am not alone.
We cannot allow MH17 to be forgotten or swept away in lieu of political and economic needs.
Those responsible — no matter who directly or indirectly — for the murder of the 298 people on board Malaysia Airlines flight MH17 from Amsterdam on that fateful Thursday must be brought to justice.
The special Parliament meeting on Wednesday to debate and condemn the downing of MH17 must not be about just speeches.
Malaysians expect —  no, demand —  more than just empty talk.
Our leaders must react with the anger that all of us feel.
I suggest Parliament orders the attorney-general to initiate a criminal investigation into this matter and to bring the perpetrators to justice here in Malaysia, if not at the International Court of Justice.
AG Tan Sri Abdul Gani Patil must be firm in getting the murderers prosecuted.
They must be put on public trial for mass murder and be put to death not only in retribution, but also as a deterrent to anyone else even thinking about it.
The Americans have their September 11 tragedy. MH17 is ours.
We have all read about those killed.
Many of them experts in various fields that could make the world a better place.
These murderers have robbed all of us of fathers, mothers, siblings and friends.
The United Nations must be forced to seek out the shooters, planners and ultimately the leaders responsible for this most dastardly of murders.
Malaysia is seeking a seat on the UN Security Council at the end of this year and we must now  make MH17 part of our campaign for that seat.
If the UN fails to move, Malaysia must act even if we have to do so on our own.
Shooting down a civilian airline without provocation is an act of war by any definition.
We must act swiftly to bring to justice, especially for the sake of the 298 people killed and for our nation, while we grieve for MH370.
Many of us are still reeling from that tragedy and the nation as a whole is struggling to come to terms with it.
Five months later we are no closer to the truth than that fateful Saturday of March 8.
Yet, MH17 is different.
We know who is responsible and all that remains is for the world to hunt these war criminals down.
Malaysia must start by recording in the strongest possible terms its anger by pointing its finger at Ukraine and Russia.
These two countries, which we consider as friends, must open their doors to our investigators to bring the murderers to justice.
Many people, including myself, do not believe the Russians do not know who pulled the trigger or who ordered the act.
If Russia wants to remain a global powerhouse, it must ensure the prosecution must take place and the murderers punished.
Political and economic alliances must not be a consideration when dealing with this.
Almost 100 years ago, the US entered into World War I after the ocean liner RMS Lusitania was torpedoed by a German submarine in 1915.
The attack killed 128 Americans on board, among the 1,198 other people who died in the sinking. I am sure that if MH17 was an American or British aircraft, there will be international hell to pay.
It’s our job to make sure this precedence also applies in this case and not allow even one person to escape prosecution.
There may be a civil war in the area the plane was shot down but downing a civilian aircraft is unforgiveable.
The perpetrators must be brought to justice and I, on behalf of all Malysians, offer them our courts to do so.