HARESH SAYS: Accountability seems to be the hardest word 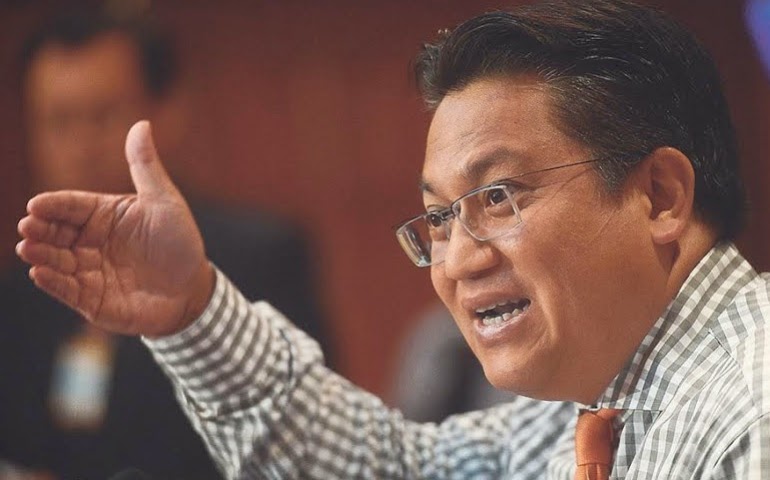 THIS is an extension of my column last week. In ‘What are we paying for?’ published on April 8, I questioned why taxpayers are not informed about dealings which involve their hard-earned money. The revelations in the annual Auditor-General’s Report add salt to an already deep wound.

At the end of the column, I mentioned all we demand is some form of transparency.

Sadly, transparency and accountability are strange words to many, especially government agencies. Civil servants tend to behave as though taxpayers’ money belongs to them and that they are entitled to use (or in most cases abuse) as they please.

Little do they realise that even those within are tired and frustrated with such malpractices. One of them is Public Accounts Committee (PAC) chairman Datuk Nur Jazlan Mohamed.

The Pulai MP, who has been training his guns on several ministries, including the Finance Ministry, was quoted by Malay Mail on Monday as saying the committee should cease to exist if it is not taken seriously by the government.

He highlighted that while Chief Secretary to the Government Tan Sri Ali Hamsa revealed action had been taken against 132 civil servants for misconduct based on the 2013 Auditor-General’s Report, he was clueless about who they were and the action taken.

Spot on Nur Jazlan, for we — members of the press and the public — are also in the dark over the status of those guilty of malpractices. We are unsure if the ‘penalties’ were setimpal (Bahasa Melayu for in accordance) with the issues raised.

PAC must know if its recommendations are being followed through. It needs to know, and must make public, action that has been taken to ensure closure. The naming and shaming process will be a deterrent to ensure civil servants are not made to believe that malpractice (and getting away easily) is not a privilege of working in the government.

The PAC, not forgetting its vocal DAP deputy chairman Dr Tan Seng Giaw, receives the backing from many. Set up in 2004 and comprising politicians from both divides, the committee is tasked to scrutinise government agencies, even the Finance Ministry, and should continue to do so without fear or favour.

And government agencies must understand PAC is only asking for transparency and accountability. This is to ensure resources and assets are well managed to help develop the nation.
Civil servants should treat PAC as a friend and not take it for granted, or worse, to treat it as a threat from within.

Lee Chong Wei doping fiasco — will there be accountability?

Ahead of Datuk Lee Chong Wei’s doping hearing last Saturday, I received two phone calls from the international media — the BBC on April 9 and Al Jazeera last Saturday. The hosts, BBC’s Ed Harry and Al Jazeera’s Robin Adams, had prior to the shows, asked if anyone had been held responsible for the fiasco.

No, was my answer.

Right after the first test results, obtained from Lee’s urine sample during the World Championships in Copenhagen, Denmark, last August, the authorities kept mum over the debacle. The parties involved raised more questions than provided answers. No one dared to speak publicly, although on condition of anonymity, they have plenty to say.

Sadly, most play the blame game. Some have found this the perfect opportunity to find a scapegoat.

The issue remains that the world No 1 shuttler had traces of the banned substance dexamethasone in his body.

The public has the right to know how it happened and who is responsible. Taxpayers’ money has been used to support Lee’s cause as he came close twice (2008 Beijing and 2012 London) to wining the elusive Olympic gold medal for Malaysia.

Perhaps details have been kept behind closed doors “to not jeopardise preparations” for the hearing. But we demand to know the details. If it can happen to Lee, our prized possession, it can happen to any other athlete.

As I said on both shows, if Lee receives the maximum ban, we can say goodbye to Malaysian sports (with the exception of Datuk Nicol David) in the international arena.

Hopefully, the powers that be will uphold transparency and accountability. If heads must roll, so be it.

Kita Lawan is no joke!

It was a crazy idea. Mooting Kita Lawan as a slogan for the Selangor contingent ahead of the 2016 Malaysia Games in Sarawak was sheer foolishness. When Sunday Mail broke the story on March 29, those concerned brushed it off as a “non-issue”.

But when Sultan of Selangor Sultan Sharafuddin Idris Shah voiced his displeasure over the battle cry, saying it was used by “a particular political party”, the officials quickly changed their tune.

And on Sunday, the Selangor government was reported as saying plans to use Kita Lawan was “just a joke”. Judging from the looks of it, the state government is the joke.

If true the motto was a mere suggestion made “jokingly”, why wasn’t this brought to the attention of those who attended the state sports council’s briefing on March 27? An afterthought?

State executive councillor for sports development Amirudin Shari had reportedly said the “issue of whether he would apologise to the Sultan over the matter would also be discussed at a coming meeting”.

Just be accountable and own up.

Unfortunately for some, sorry — or in this case accountability — seems to be the hardest word.

Here’s wishing all of you Happy Vaisakhi!