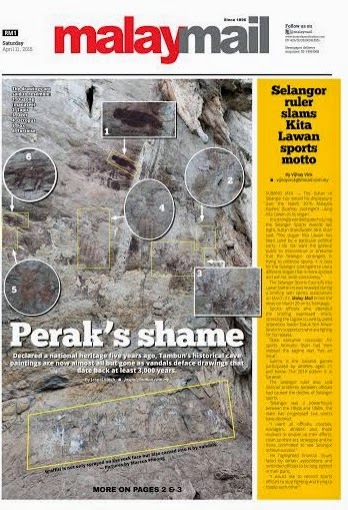 SUBANG JAYA — The Sultan of Selangor has voiced his displeasure over the state’s 2016 Malaysia Games (Sukma) contingent using Kita Lawan as its slogan.

In a strongly worded speech during the Selangor Sports Awards last night, Sultan Sharafuddin Idris Shah said: “The slogan Kita Lawan has been used by a particular political party. I do not want the general public to misconstrue or presume that the Selangor contingent is trying to politicise sports. It is best for the Selangor contingent to use a different slogan that is more spirited and will not invite controversy.”

The Selangor Sports Council’s Kita Lawan battle cry was revealed during a briefing with sports associations on March 27. Malay Mail broke the news on March 29 on its frontpage.

Sports officials who attended the briefing expressed shock, stressing the tagline is used by jailed opposition leader Datuk Seri Anwar Ibrahim’s supporters who are fighing for his release.

State executive councillor for sports Amirudin Shari had then insisted the tagline was “not an issue”.
Sukma is the national games participated by athletes aged 21 and below. The 2016 edition is in Sarawak.

The Selangor ruler also said internal problems between officials had caused the decline of Selangor sports.

“Selangor was a powerhouse between the 1960s and 1980s. The state has progressed but sports have declined.

“I want all officials, coaches, managers, athletes and those involved to double up their efforts, clean up their act, strategise and be more committed to see Selangor achieve success.”

He highlighted financial issues faced by certain associations and reminded officials to be long-sighted in their plans.

“I would like to remind sports officials to stop fighting and trying to topple each other.”

HD says: When this was first highlighted by Malay Mail, certain parties were in the defensive and insisted there was no need to change the slogan. But they quickly changed their tune when the Sultan spoke. Daulat Tuanku!
#kitalawan Selangor sultan sharafuddin idris shah