HARESH SAYS: Let’s fight to get politics out of sports 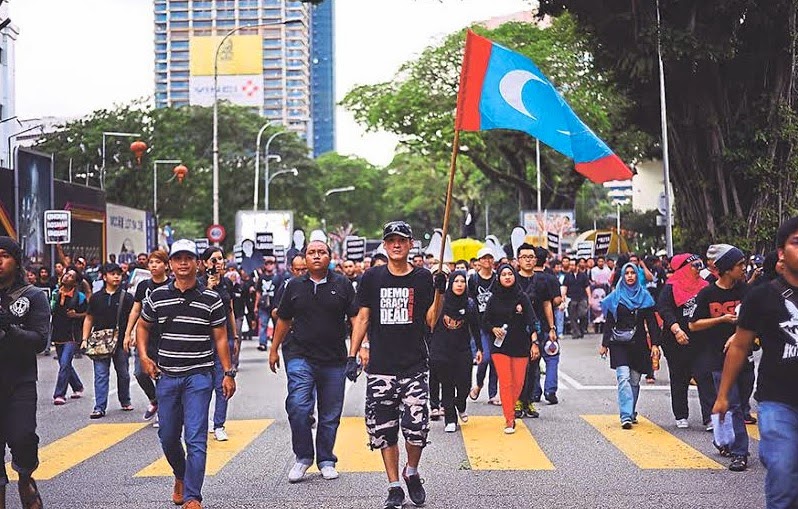 SPORTS and politics in Malaysia have always enjoyed an “incestuous” relationship,  as I pointed out in an article ‘Sport has no place for political ideologies’ last Dec 24 in which I took issue with politicians who unashamedly gatecrashed the sporting arena for personal gain.
Today, I reinforce that stand in the wake of the Selangor Sports Council using #KitaLawan! (let’s fight) as its 2016 Malaysia Games (Sukma) battle cry.
I am appalled. It’s a political hashtag that emerged after Opposition Leader Datuk Seri Anwar Ibrahim was sentenced to five years’ jail for sodomy on Feb 10. It has no place in sports.
A logo, complete with the motto, was unveiled during a Sukma briefing last Friday and Sunday Mail that first broke the story has Selangor executive councillor for sports Amirudin Shari on record saying it was a “non-issue”.
He said the battle cry was to motivate athletes to reclaim Selangor’s overall Sukma title.
It is an issue because the slogan is associated with a political cause. To claim otherwise would suggest ignorance.
Amirudin said other political slogans, including 1Malaysia, had been used during sporting events. Two wrongs do not make a right.
Certain quarters have used sports to score points.
Last December, PKR Youth chief Nik Nazmi Nik Ahmad tried to hijack the AFF Cup second leg final between Malaysia and Thailand at the Bukit Jalil National Stadium. He made public his plan to distribute flyers demanding the petrol price to be lowered to RM1.90.
He got a kick in the teeth when football fans threatened to tear any political-motivated flyers and banners on the stands. If Nik Nazmi had thought bad publicity was still publicity, he was wrong.
In 2007, national shuttlers Koo Kien Keat and Tan Boon Heong were paraded by Barisan Nasional members in Ijok after winning the All England men’s doubles event days before the by-election there. Sports fans knew it was a political gimmick.
Clearly, Selangor’s #KitaLawan! motto is another political gimmick. To say the tagline is merely a proposal for the state sports council to decide is shallow. If it was only a proposal, it should have been discussed with the stakeholders and not turned into a logo and displayed in public.
Politicians were tongue-tied when Malay Mail sought their views. Funny they have plenty to say about everything else, but were at a loss for words this time.
Selangor Menteri Besar Azmin Ali has yet to respond. Perhaps sports is too petty for him.
Or perhaps he agrees with the “brainwashing”. After all, Sukma involves Under-21 athletes, a rather vulnerable age group. Imagine youngsters shouting #KitaLawan! as they cheer on their teammates. Wouldn’t that echo the boisterous roar of anti-government protesters during street demonstrations?
There are some who don’t agree with me, insisting it’s merely a slogan to fuel the team to success.

Bottom line — politics and politicians have no place in sports. Politicians come and go but athletes, fans and observers stay. I should know having covered sporting events for 15 years — and counting.
I know I speak on behalf of my respected comrades and seniors who have for decades been telling politicians to take their political ideologies out of sports.
Respect the Olympic charter and understand the true meaning of sportsmanship and team spirit. Sports are a nation builder and unifying factor. Athletes are our heroes.
The last thing we need is a shallow slogan that taints the sporting arena, which will be a better place without the intrusion of political agenda.

HARESH is executive editor of Malay Mail. He can be reached at haresh@mmail.com.my or on Twitter @HareshDeol
#kitalawan azmin ali Haresh Says Malay Mail politics Selangor