HARESH SAYS: What are we paying for? 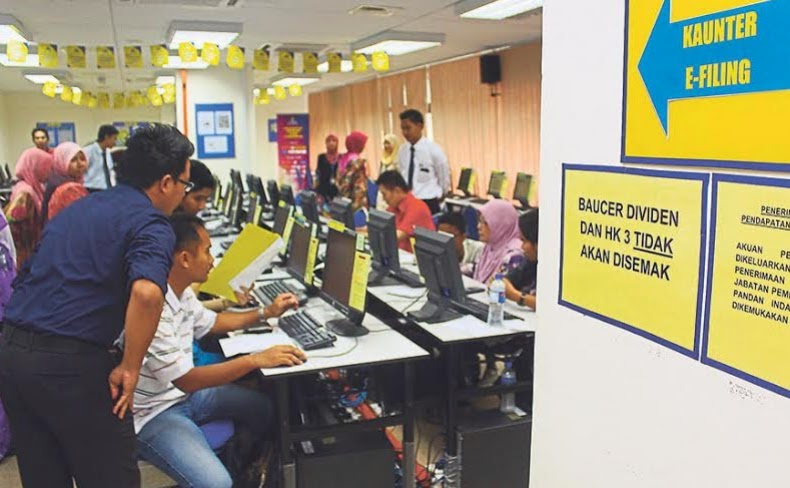 I WAS all smiles right after I filed my taxes recently. Having paid my dues to the government, I must admit I felt good. It was my version of national service.

I reminded myself that my hard-earned contribution would be used to repair a pothole or provide better education to our younger generation. I told myself this repeatedly before I slept that night. That was last month.

On Monday, I was heartbroken. In fact, I even felt like a fool — like that Joe who never learns despite being dumped by the same girl over and over again.

I started the day sighing, after reading Malay Mail’s back page article “Pathetic state of hockey in Miri”. The report revealed hockey players from SMK St Columba in Miri rely on makeshift shin guards and wooden sticks to train. They modify polyvinyl chloride (PVC) pipes and glue sponge from old cushions to make the shin guards.

Wooden sticks? In today’s hockey, players use lighter composite sticks. They are supposed to train and play on turf — not on cement-surfaced tennis court and on the field as what SMK St Columba students do. According to the school’s teacher, Ahmad Faisal Sufian, there is no turf in Miri and yet, the school is the hockey training centre in the district.

The school, despite its shortcomings, has produced talents. Shelley Bayang played for the national women’s hockey team while Lora King was given a chance to play for the national juniors but turned down the offer.

My emotions took a further beating when I read the 2014 Auditor-General’s Report barely hours later. Among the highlights of the first series:

• 1Malaysia People’s Aid (BR1M) vouchers cashed out more than once between 2012 and 2014, costing the government over RM3 million.

• RTM paid Telekom Malaysia RM103.14 million for broadcasting services even before both parties signed the contract.

• Staff of eight government clinics nationwide used sterilisation equipment that were not maintained for up to eight years, risking patients’ lives.

I was beyond angry. I was dejected. I felt cheated.

I started singing my version of Country Joe and The Fish’s Vietnam Song, minus the expletives at the beginning when the song was performed at Woodstock in 1969.

The report hit a raw nerve. Released just as Malaysians compile their receipts and calculate their expenses throughout the previous year, the report highlights shortcomings, poor administration and wastage of hard-earned taxpayers’ money. And the issues raised are nothing new.
Where are our priorities, I asked myself.

Despite repeated reminders, warnings and advice, civil servants tasked to manage these funds seem clueless when it comes to utilising taxpayers’ money. I cannot comprehend the logic of spending every single sen allocated to a certain ministry within the year in order “to secure a bigger allocation next year”.

Shouldn’t organisations be rewarded for being able to spend less without compromising their objectives and end results?

Government dealings require the average man and woman on the street to fill up forms and obtain the necessary signatures but they find it convenient to purchase or get into deals without the need for seeking the required approval, securing the contract or adhering to protocol?

One area that is often overlooked by many — from those who enjoy reading the Auditor-General’s Report to those who cringe when it is published — is the recommendations made.

It provides solutions to problems faced, allowing ministries and agencies to make amends and ensure that such mistakes are not repeated. But it is clear no one reads them.

However, there are sensible people within. Public Accounts Committee (PAC) chairman Datuk Nur Jazlan Mohamed is one of them.

Labelled as the “opposition” within Barisan Nasional, the Pulai MP has been speaking out against government projects and entities that bleed. His latest target — the Finance Ministry.

He had, on Monday, said the ministry should consider closing down non-performing companies in Finance Ministry Incorporated (MOF Inc.) to cut down on wastage of government funds.

“If it makes sense,” he told reporters when asked if he was suggesting the government close down non-performing government-linked companies.

“There must be a proper review of companies under MOF Inc. so they achieve their goals and the funds allocated focus only on priorities and not on legacy agencies that no longer have an objective.
“They could unify those entities to provide better efficiency in the use of funds allocated to these companies,” he added.

But Nur Jazlan can only speak.

It is now for us, the taxpayers, to demand that those guilty of abusing or making silly deals without going through the proper channels, be reprimanded and be accountable over decisions made.
We are tired of reading about wastage. We now want to know who was involved and what action has been taken.

I admit I went home a bitter person on Monday night. I am unsure if my money contributed to a new whiteboard for a school in Tawau or ended up bailing out  a GLC.

Inform us, educate us. Tell us how our money is being spent. That will surely open the eyes of many on the importance of paying taxes.

All we demand is for some form of transparency.

If it’s too difficult to understand, I’ll swing by the nearest bookshop and buy a dictionary and I will be ever willing to send it to every government department for their reading pleasure.

At least I can seek tax relief under ‘book claims’ when I file my taxes next year.