‘We need to treat fans professionally’ 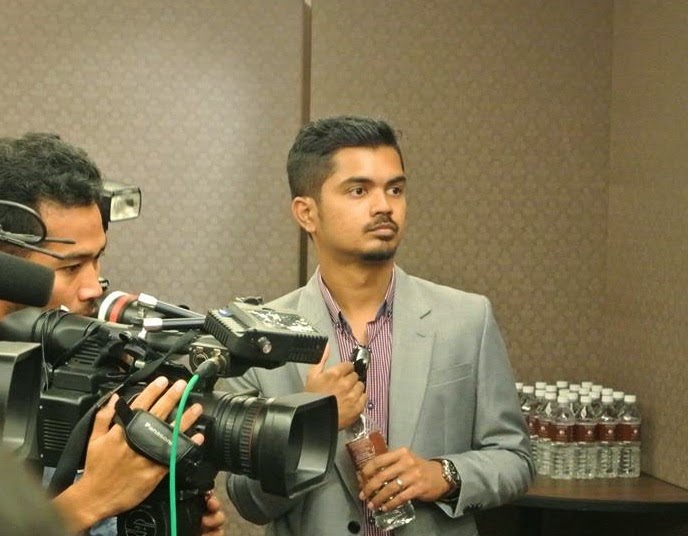 It is amazing how football in Australia has grown. A country, best known for rugby, cricket and Aussie rules football, Australia has made a name for itself in the region and produced talents for major football leagues around the world including the English Premier League.

One man who is in the thick of the A-League action is former Malay Mail sports journalist Ghaz Ramli (pic).
After his stint with Malay Mail, having covered the 2005 and 2007 Sea Games he moved to public relations. His clients include IMG, Federation Internationale de 'lAutomobile (FIA), Sepang International Circuit (SIC), PUMA, International Rugby Board (IRB) and Union Cycling Internationale (UCI), among others.

Ghaz moved to Perth, Australia several years back and is now the membership, ticketing and events manager for Australian club Perth Glory.

We met recently, during his short trip back, as we compared how the A-League and football are run in Australia and Malaysia.

“The A-League is only 10 years old but has enjoyed a positive growth thanks to how Australian clubs are run. Membership is vital in Australian clubs. If clubs are able to sell tickets before the season kicks off through its membership, this means they have obtained income in advance for the season,” Ghaz explained.
“Obviously members want their team to succeed but the art is to turn fans into be diehard members that will still flock the stadium despite a poor spell. Exclusive club and player news, members merchandise, voting rights … all these can go a long way in this business.”

Ghaz said it was important to educate the fans that if the club does not obtain money, especially from the members, they administrators will be unable to sign good players, coaches or even invest in a development plan.

“A club is a business at the end of the day and membership is a key income.”

So what is the difference between membership and ticket sales (as seen in the M-League)?

“In Australia, season tickets brought by members, are cheaper than buying tickets for every match.

“In Malaysia, RM10 is a ticket for everywhere except the grandstand which is maybe RM30. Malaysian stadiums do not have a specific seat numbers but that can be sorted out. The grandstand seats can be reserved with the specific seat and row number. If you know some 35,000 to 40,000 fans are coming for each game, that’s data for selling other things. You can push club merchandise, you can get more sponsors as you have the direct data to your market.

Ghaz added not many Malaysian clubs think about upgrading the teams to such a level.

“Malaysian football is growing and we need to know how to treat fans professionally. They deserve it.”

He added ticketing has to go online while a small allocation can be sold at the stadium.

“By moving online you can actually get the demographics of fans.

“Such a system may work for a club like KLFA which needs to grow efficiently but it may not work for all the states, especially raising awareness to those in the rural areas.

“But the FA of Malaysia should lead the way. They should by now have the database of those who are following Malaysian football. This can promise proper commercial planning.