HARESH SAYS: I want the million, here's my money 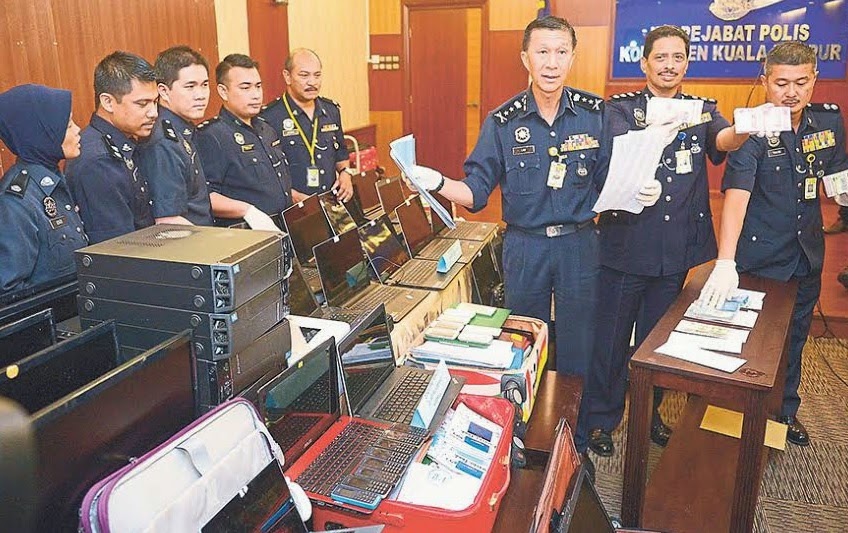 RAISING my hand furiously to ask questions — from the back of the media room — during a press conference at the Kuala Lumpur police headquarters, I had to speak up. The first question was related to the case. The second got some stern-looking officers smiling.
“Aren’t you tired of repeating the advice to the public as they continue to fall prey to scams?” I asked.
City deputy police chief Datuk Law Hong Soon responded diplomaticaly.
“We advise people not to be easily trapped by fraud, especially the Macau scam. Refer to us if you receive a dubious phone call or believe you are being tricked,” he said after KL police nabbed 52 China nationals from six high-end homes.
I bet Law has repeated the same message over and over. Given a choice, he would rather record his voice and play it each time police bust scammers who lure the vulnerable into losing money.

To the ignorant, Macau scam is when:
• You are informed you have won US$1 million (RM3.63 million) for doing nothing. If only life was that easy.
• You receive a phone call your loved one has been arrested and money is sought for their release. Your son could have been wolfing a burger while playing Grand Theft Auto V in his room or your wife could have been shopping for shoes when the call came in.
• You get a text message or phone call from a person claiming to be from a bank and says you have outstanding loans or credit card bills.
Instead of running to the authorities, many turn to their wallets. Parting with money seems easier than making a call to verify the situation.

Why do people continue to be taken in by the Macau scam or other tricks despite these being widely reported?
I had, in this column on Nov 5 last year, written about a similar subject. It was penned after Malay Mail had, in its front page a day earlier, reported 18 women from Selangor received calls with the caller ID of their sons or husbands, except that a so-called “narcotics police officer” was on the other end of the line.
A certain “Inspector Wong” or “Inspector Faizal” would tell the women that their son or husband was arrested for drug-related offences and ask for money for their release. These women, who some may call gullible while others may say are victimised, would drop off the money at various locations — from garbage bins and phone booths to a Chinese temple. While all this was going on, their husbands and sons were busy at work.
On Nov 8 last year, police uncovered a local syndicate based in China which preyed on Malaysian victims. On July 8 last year, Selangor police reminded the public to be wary of a syndicate that  tricked people into divulging details of their bank accounts before fleecing them of money. These are just some of the highlights made available through a simple Google search. There are hundreds, if not thousands, more.
The number of victims, that could easily be in the thousands, is numbing. Even VIPs are not spared as evidenced in the latest case involving 1Malaysia People’s Housing (PR1MA) homes where a Datin was among those duped.
Why do people believe that random tweet or forwarded Whatsapp message which could have been making its rounds for months if not years? Will we ever take the trouble to verify claims of instant riches?
Is it because greed overwhelms good sense? Don’t we analyse what we read and see? If so, disclosures of wastage of taxpayers’ money and corruption will bear zilch.
Seeking answers is not being “anti-establishment”. We seek to understand. So, we should press for answers when unsure.
If you receive a call claiming your loved one has been arrested, go to the cops. If someone calls you about a loan you have never applied for, alert the bank. And if you get a text message that says you’ve just won US$1 million, wake up and smell the teh tarik.
As Grammy-winning American stand-up comedian, actor and philosopher George Carlin said: “Tell people there’s an invisible man in the sky who created the universe, and the vast majority will believe you. Tell them the paint is wet, and they have to touch it to be sure.”