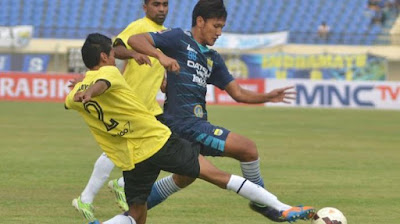 PETALING JAYA — Nick Sham Abdullah could face disciplinary action for his coaching of the Malaysia All-Stars in their match against Persib in Bandung last Saturday.

The National Coaches Association (NCA) will next week discuss Nick Sham’s membership after he coached Malaysia All-Stars to the game which they lost 4-1 at the Si Jalay Harupat Stadium. Local broadcasters MNCTV aired the match live.

NCA president B. Satianathan said the decision to put Nick Sham on the carpet follows his meeting with FA of Malaysia (FAM) general-secretary Datuk Hamidin Amin at Wisma FAM yesterday.
“I met Hamidin to get a clearer picture and was informed the national body are also investigating this match,” said Satianathan.

“Our records show him being a member of the association. We will get in touch with Nick Sham and inform him of the meeting.”

Once the national coach Satianathan stressed Nick Sham blatantly disregarded the fact that the match was unsanctioned despite it being a “friendly”.

“The match was widely reported by the Indonesian press and televised live. But it did not receive the approval from the appropriate authorities and as such it is deemed unsanctioned. But we will still allow Nick Sham to present his case.”

On Saturday, former Kelantan defender S. Subramaniam lodged a police report after his image was used by the organisers, without his permission, to promote the match.

He deemed it as misrepresentation as two other faces were seen on the poster — T-Team defender Mohammad Faizal Muhammad and a foreigner.